Ryanair is not seeing any impact from Brexit on demand for flights, and is prepared for a no-deal, chief marketing officer Kenny Jacobs said.

Ryanair was not interested in buying British regional airline Flybe, which put itself up for sale last week, he added in a press conference today.

He reiterated comments that Ryanair, which has been hit by a series of strikes this year, would come to agreements with unions in its main markets before the end of March.

The comments on Brexit from Ryanair echo what smaller British rival EasyJet said this week, about it being prepared for a no-deal scenario, and the uncertainty over Britain's future relationship with the European Union having no impact on ticket sales.

"The demand that's out there is really, really strong. The European consumer, the British consumer just continues to book," Kenny Jacobs said.

Ryanair's chief executive Michael O'Leary has in the past warned that a disorderly Brexit could ground flights for a number of weeks after the UK leaves on March 29, but after reassurances on flying rights provided by the EU last week, that is no longer a risk, said Jacobs.

"If we're in a no-deal Brexit situation, flying will be fine," he said.

The action Ryanair will have to take if there is no deal will be to comply with EU ownership rules.

Once the UK is no longer part of the EU, the 20% of Ryanair shares owned by British investors will be treated differently, Jacobs said.

He repeated the airline's plan of restricting voting rights for UK shareholders, adding that Ryanair's board and the EU had both already approved the plan.

Like EasyJet, Ryanair ruled out an interest in buying Flybe, a smaller operator which is looking for a new owner after warning that profits would be lower than expected due to recent rises in the fuel price. 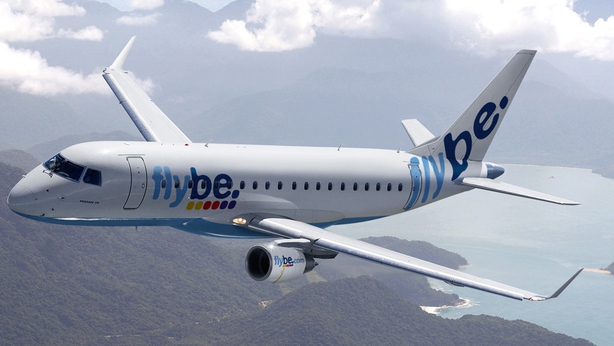 "We're not interested in Flybe," Jacobs said. "It'll probably be split up and you'll probably get a few different airlines buying the various assets."

Ryanair's plan was predominantly for organic growth, he said.

Referring to a wave of strikes this year which has meant thousands of cancelled Ryanair flights and which it has said will dent profits, Jacobs said the airline was on track to reach agreements with its biggest unions.

"We'll definitely have a few more big agreements in place pre-Christmas but not all.

"I think probably when we get to March of next year I think this will be normalised," he said, explaining that that meant signing agreements with all the relevant unions in its biggest markets.