Dunnes Stores has reclaimed the top spot in the Irish grocery market for the first time since February, the latest grocery market share figures from Kantar Worldpanel show.

For the 12 weeks to October 7, Dunnes claimed an overall market share of 22.1%, while Tesco dropped to second position with a 21.5% share.

It was closely followed by SuperValu with 21.4% of the market.

The biggest mover in the latest 12 week period was German discounter Aldi which after posting strong growth now holds 11.8% of the Irish grocery market.

It just passed its rival Lidl, which registered a market share of 11.7%.

Douglas Faughnan, consumer insight director at Kantar Worldpanel, said that Dunnes traditionally performs strongly over the festive period and the retailer may feel like Christmas has come early this year.

Mr Faughnan said that while it is too soon to assess the full impact of its new Everyday Savers offer, Dunnes' continued focus on shopper campaigns helped to attract an extra 14,000 shoppers in the latest 12 week period. 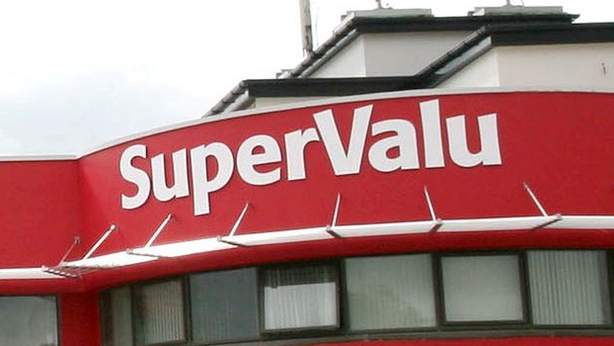 "Although SuperValu holds a 26% share in its Munster heartland, the retailer is less represented in Dublin, where it only accounts for 19.4% of sales", Douglas Faughnan said.

"By contrast, Tesco and Dunnes perform more strongly in the capital, with shares of 23.6% and 26.1% respectively. Musgrave will be hoping its latest acquisition can help SuperValu make up ground in this area," he added.

He also said that with online grocery sales up 15% compared to this time last year, Tesco - which slipped to second in the latest rankings - will be hoping its latest e-commerce initiative further increases its dominance of online grocery in Ireland.

Douglas Faughnan said that Tesco's recent announcement of free delivery for over 65s when they spend €50 or more shows it is looking to further cash in on the growth of online shopping in Ireland.

"Although just 2.4% of grocery retailing comes through e-commerce at present, this figure is forecast to hit 5% by 2022, and retailers are now looking at new ways to capture their fair share of the online pie," he added.