The International Monetary Fund has today cut its global economic growth forecasts for 2018 and 2019.

The IMF said that trade policy tensions and the imposition of import tariffs were taking a toll on commerce while emerging markets struggle with tighter financial conditions and capital outflows.

The new forecasts were released on the Indonesian resort island of Bali where the IMF and World Bank annual meetings are getting underway.

They show that a burst of strong growth, fueled partly by US tax cuts and rising demand for imports, was starting to wane.

The IMF said in an update to its World Economic Outlook it was now predicting 3.7% global growth in both 2018 and 2019, down from its July forecast of 3.9% growth for both years.

The downgrade reflects a confluence of factors, including the introduction of import tariffs between the US and China, weaker performances by euro zone countries, Japan and Britain. 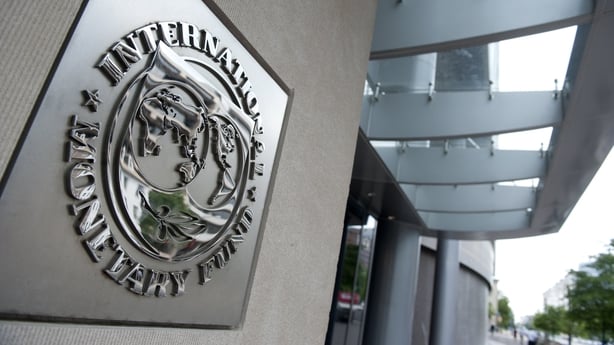 "US growth will decline once parts of its fiscal stimulus go into reverse," IMF chief economist Maurice Obstfeld said in a statement.

"Notwithstanding the present demand momentum, we have downgraded our 2019 US growth forecast owing to the recently enacted tariffs on a wide range of imports from China and China’s retaliation."

It left 2018 growth forecasts for the two countries unchanged at 2.9% for the United States and 6.6% for China.

The euro zone's 2018 growth forecast was cut to 2% from 2.2% previously, with Germany particularly hard hit by a drop in manufacturing orders and trade volumes.

However, the IMF has upgraded its forecast for Ireland and now thinks the Irish economy will grow by 4.7%this year, up from its previous prediction of 4.5%.

It also predicted that unemployment here will fall to 5.3% by the end of this year and 5.1% next year. It had previously predicted jobless rates of 5.5% and 5.2% respectively. 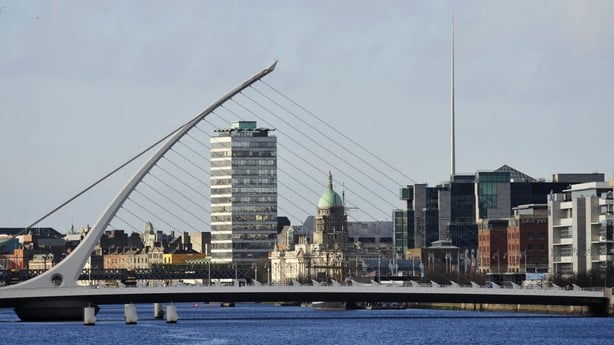 Maurice Obstfeld said the IMF does not see a generalised pullback from emerging markets, nor contagion that will spill over to those emerging economies which have stronger economies and have thus far avoided major outflows, such as those in Asia and some oil exporting countries.

"But there is no denying that the susceptibility to large global shocks has risen," Obstfeld said. "Any sharp reversal for emerging markets would pose a significant threat to advanced economies," he added.

Brazil will see a 0.4 percentage-point drop in GDP growth to 1.4% for 2018 as a nationwide truckers strike paralysed much of the economy.

Iran, facing a new round of US sanctions next month, also saw its growth forecast cut, the IMF said.

The IMF said the balance of risks was now tilted to the downside, with a higher likelihood that financial conditions will tighten further as interest rates normalise, hurting emerging markets further at a time when US-led demand growth will start to slow as some tax cuts expire.

"Where we are now is we’ve gotten some bad news. Our probability that we would attach to further bad news has gone up," Obstfeld said.

In a new simulation exercise to show trade war risks to the global economy, the IMF modeled the effect of an all-out US-China trade war, coupled with threatened global US car tariffs and retaliation from trading partners.

The model also includes the effects of a reduction in business confidence that reduces investment and leads to a tightening of financial conditions.

It found that global GDP output under this scenario would fall by more than 0.8% in 2020 and remain roughly 0.4% lower in the long-term compared to levels without these effects, which "inflict significant costs to the global economy, especially through its impact on confidence and financial conditions."

The exercise assumes that US President Donald Trump imposes tariffs on the remaining $267 billion worth of Chinese goods imports not already under punitive tariffs and China retaliates in kind.

It also assumes that Trump imposes a 25% tariff on imported cars and auto parts imports.

Adjustments would occur as domestic production displaces higher-priced imports, the model shows, but in the long run, the US GDP would still be 1% below a baseline without these tariffs, while China's GDP output would be 0.5% below the baseline.