A study based on analysis of the Property Price Register shows there were 24,448 house sales nationally in the first half of the year.

There 8,187 house sales in Dublin in the first half of this year, the highest figure nationwide.

The value of sales in the capital rose by a substantial 26% to €3.8bn from €3.01bn, the study by property website MyHome found out.

Overall there were 55,000 residential property sales in 2017, with MyHome expecting that the total number of sales this year will be close to 60,000. 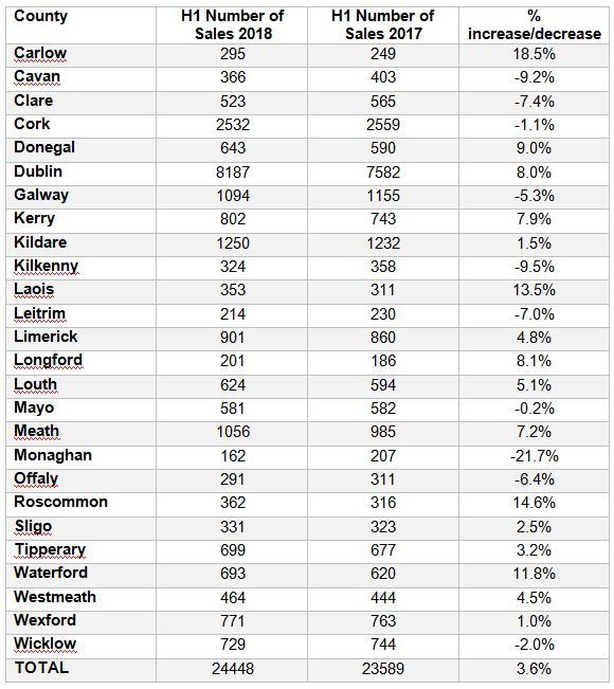