Exploration company Providence Resources has reported a narrowing of losses for the six months to the end of June after what it called "an exceptionally busy period".

Providence said it reduced its operating loss to €2.210m, this compared to a loss of €3.916m the same time last year.

Providence said that during the first half of 2018, it continued to make strong progress in developing its portfolio of assets offshore Ireland.

This continued into the second half of the year with the signing of a new Barryroe farm-out agreement, which it called a "transformational" event for the company. The new farm-out deal will see drilling commence next year.

Providence noted that Barryroe would be Ireland's first commercial oil field development, which in tandem with Corrib, would further facilitate national energy independence at a time of growing geopolitical risk within global energy markets.

Mr O'Reilly said that with the enhanced multi-well drilling programme at Barryroe, Providence continues to be by far the most active player offshore Ireland in terms of drilling activity, commercial deals and collaborations with world-class partners. 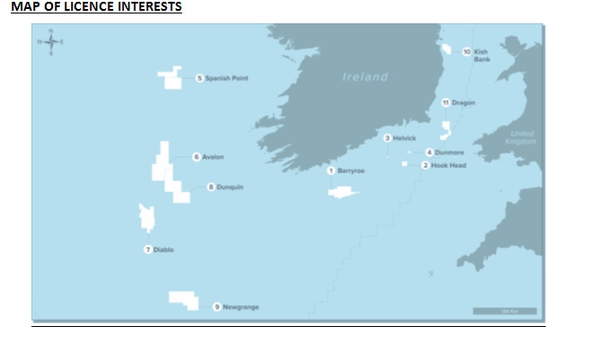 "We remain very optimistic about the future prospects for Providence and are both determined and uniquely positioned to continue to lead the industry in identifying and realising Ireland's significant offshore potential, whilst also scouting opportunities elsewhere that leverage our unique skillset and experience offshore Ireland," the company's chief executive Tony O'Reilly said.

"We have the portfolio, partners, people and financial resources in place to advance our portfolio through exploration and appraisal drilling for the benefit of all our shareholders," he added.