The country's gross domestic product rose by 2.5% in the second quarter compared to the first to stand 9% higher than a year ago, new Central Statistics Office figures show.

Irish GDP has outperformed everywhere in Europe since 2014.

But the relevance of using the conventional measure for economic performance diminished when 2015 growth was adjusted up to 26% after a massive revision to the stock of capital assets.

The CSO said that GDP fell by 0.4% on a quarterly basis in the first three months of the year, further highlighting the volatility.

A 0.7% increase in GNP was also reported for the three months from April to June.

The CSO has begun to phase in new measures which strip out some of the globalised activities of the large multinational sector.

One such measure, modified total domestic demand rose by 0.4% on a quarterly basis.

Many economists prefer to rely on the labour market as the most accurate barometer of how sharp the economic recovery has been and the unemployment rate has fallen to 5.6% from a high of 16% in 2012.

Today's CSO figures show that personal consumption of goods and services - which accounts for almost a third of the economy in the quarter - rose by 1.5%.

The CSO said that information and communication sector grew by 11.9% in the quarter, while industry increased by 5.3% in volume terms.

In the domestically focused sectors, distribution, transport, hotels and restaurants increased by 3.9%, while the construction sector grew by 3.2%.

Meanwhile, the agriculture, forestry and fishing sector recorded a decrease of 3.4% in the quarter.

The CSO also said that the country's Balance of Payments current account, a measure of economic flows with the rest of the world, showed a surplus of over €10 billion in the second quarter of 2018.

A merchandise surplus of €29 billion was partially offset by a deficit of almost €19 billion on services and income. 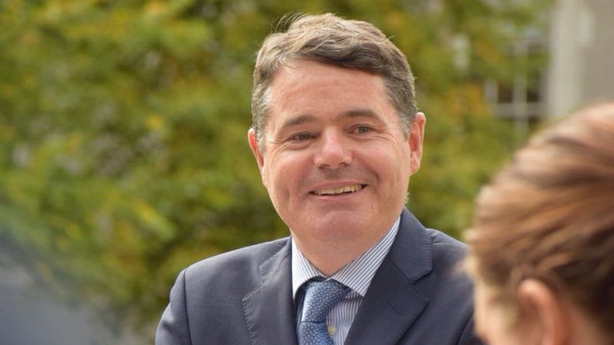 He said that while the headline GDP figures can overstate activity in the Irish economy, domestic measures such as modified domestic demand clearly indicate that the economy continues to perform strongly.

The Minister said the Finance Department forecast real GDP growth of 5.6% for this year in the Summer Economic Statement.

He said the next set of macroeconomic projections will be published with the Budget in mid-October.

But he said that while the economic situation remains favourable at present we must remain vigilant.

"The Irish economy faces a number of significant risks including the potential fallout from Brexit, increasing trade protectionism and potential overheating as the economy approaches full employment.

"Careful management of the public finances is needed in order to chart our way forward through the uncertain times ahead," Minister Donohoe said. 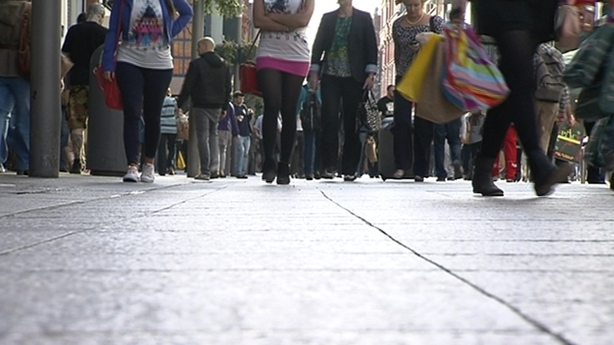 Commenting on today's Quarterly National Accounts from the CSO, Merrion economist Alan McQuaid said there appears to be no slowing down in the Irish economic steam train.

Noting that real GDP growth last year was 7.2%, he said there was every chance that will be bettered in 2018.

"Based on the data for the half of 2018, it looks like headline GDP growth for this year as a whole will be a lot higher than most commentators had been predicting," Mr McQuaid said.

"We expect overall GDP growth of 7-9%, with underlying growth of 4.5% to 5.5%. The best indicator of how the economy is doing remains employment growth, and there has been a rapid increase in the numbers at work over the last three years, with 200,000 plus jobs created," the economist added.