The UK saw its fastest economic growth for nearly a year in the three months to July thanks to strong consumer spending lifted by the World Cup and unusually warm weather, official figures showed today.

UK gross domestic product in the three months to July was 0.6% higher than in the previous three-month period, the Office for National Statistics said.

The UK economy managed to gather pace from 0.4% growth in the three months to June - and at the top end of forecasts in a Reuters poll.

This was the fastest growth since August 2017.

Economists said the figures showed an economy growing better than hoped after a slow start to 2018, even taking into account the effect of one-off factors.

Britain's economy has slowed since the June 2016 vote to leave the European Union.

Its annual growth rate has slipped from top spot among the Group of Seven rich nations to jostling with long-term laggards Japan and Italy for bottom place.

Some business surveys have shown firms delaying investment plans while the terms on which Britain will leave the EU on March 29 continue to remain unclear, posing the risk of disruption to existing trade arrangements.

Today's data showed that compared with a year earlier, GDP growth in July alone was up 1.6%, while it was 0.3% higher than in June.

This was again above poll forecasts for 1.4% annual growth and a 0.2% monthly gain.

UK consumers have been squeezed for more than a year by the jump in inflation which followed the pound's tumble after the 2016 referendum, especially as wages have failed to keep up.

That said, in recent months industry surveys have shown that an unusually warm summer encouraged many Britons to splash out on drinks and pub and restaurant visits. 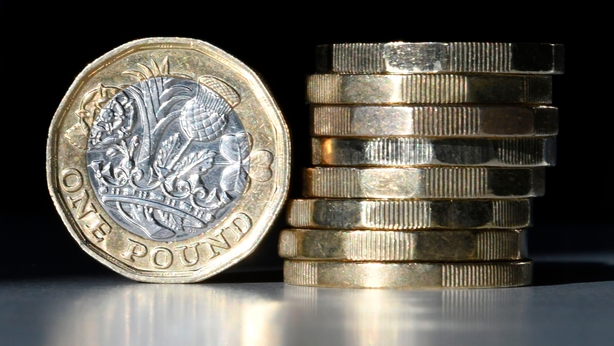 Last week, closely watched purchasing managers' data pointed to third-quarter growth of 0.4%, as a pick-up in services activity outweighed a slowdown in manufacturing and construction activity.

The data showed that Britain's dominant services sector grew by 0.6% in the three months to July, its biggest rise since January 2017, while 3.3% growth in the much smaller construction sector was the fastest since February 2017.

Industrial output contracted by 0.5% over the period, hurt by falls across manufacturing, oil and gas extraction and electricity generation, and second-quarter construction orders fell sharply.

But the UK's trade deficit in both goods alone and goods and services fell to its smallest since February, beating economists' forecasts in a Reuters poll.

The goods trade deficit dropped to £9.973 billion in July from £10.679 billion the month before, and the total trade deficit in goods and services fell to just £111m.

Britain's deficit in goods trade with the European Union was its smallest since April 2016, while global goods exports in the three months to July grew 2.3%.