US job growth accelerated in August, with wages notching their largest annual increase in nine years.

The figures strengthened views that the US economy was so far weathering the Trump administration's escalating trade war with China.

The US economy needs to create 120,000 jobs a month to keep up with growth in the working-age population.

Average hourly earnings increased 0.4%, or 10 cents in August after rising 0.3% in July.

The US unemployment rate was unchanged at 3.9% in August, today's figures show.

But a broader measure of unemployment, which includes people who want to work but have given up searching and those working part-time because they cannot find full-time employment, fell one-tenth of percentage point to 7.4%, the lowest level since April 2001.

Economists polled by Reuters had forecast non-farm payrolls increasing by 191,000 jobs last month and the unemployment rate falling to 3.8%.

The economy created 50,000 fewer jobs in June and July than previously reported. 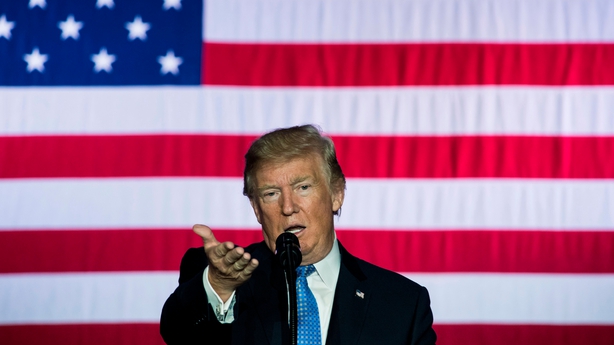 These tensions have seen Washington engaged in tit-for-tat tariffs with other trade partners, including the European Union, Canada and Mexico.

They also note that the import duties implemented so far have affected only a small portion of the US economy, but warned this could change if President Donald Trump pressed ahead with additional tariffs on Chinese imports.

The US and China have slapped retaliatory tariffs on a combined $100 billion of products since early July.

Americans had until Thursday to comment on a list of $200 billion worth of Chinese goods widely expected to be hit with tariffs soon.

The government imposed import duties on goods including steel, aluminum, washing machines, lumber and solar panels early this year to protect US industries from what Trump says is unfair foreign competition.

Global outplacement firm Challenger, Gray & Christmas said this week there were 521 tariff-related job cuts in August, but these were largely offset by the hiring of 359 workers by steel producers.

Today's US employment report added to manufacturing and services industries surveys in suggesting the Trump administration's protectionist trade policy was having a marginal impact on the economy for now.

The US economy grew at a 4.2% annualised rate in the second quarter, almost double the 2.2% pace set in the three months from January to March.

Job gains in August were almost across all sectors, though manufacturing payrolls fell by 3,000. That was the first drop since July 2017 and followed an increase of 18,000 in July.