Residential property prices grew by 12.4% in the year to May, down from 13.5% in April as the Central Bank's rules continue to limit lending levels.

The Central Bank limits mortgages at three and a half times a person's income.

New figures from the Central Statistics Office show that on a monthly basis, house prices rose by 0.6% in May, down from growth of 1.1% in April.

Today's CSO figures show the pace of growth in property prices outside of Dublin were again stronger than that in the city.

Prices outside of Dublin were 14.1% higher in the year to May, while property prices in Dublin increased by 10.7%. 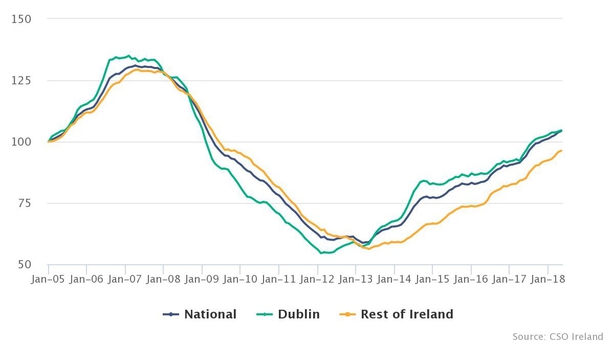 House prices around the country climbed 13.7% with the Mid-West region recording the greatest price growth, with house prices there increasing by 22.1%.

The Border region showed the least price growth, with house prices increasing by 3.7%.

Apartment prices in the Rest of Ireland increased 15.5% in the year to May, the CSO said.

Meanwhile today's figures also show that Dublin house prices increased by 10.3% in May while apartments in Dublin rose by 13.5% in the same period. 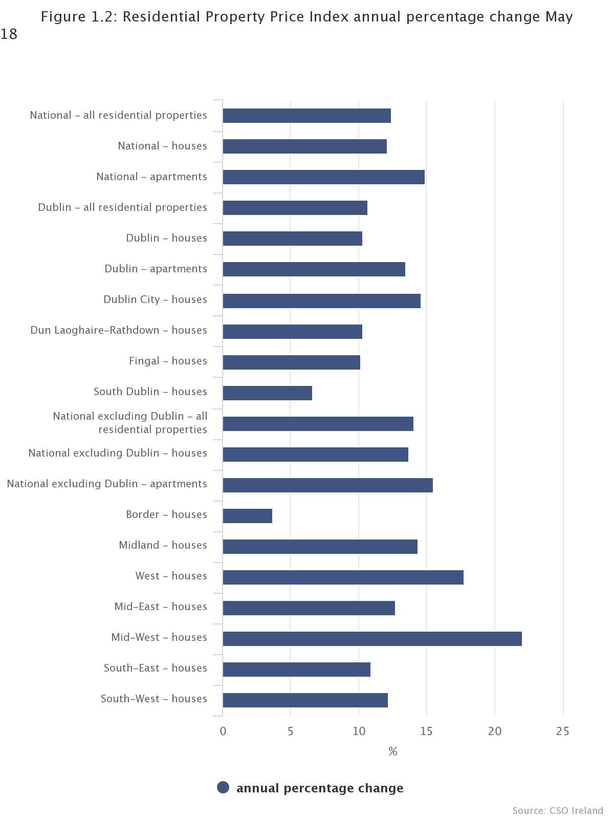 The lowest median price for a dwelling was in Longford at €91,000, while the next lowest were Leitrim and Roscommon with both counties seeing prices of €95,000.