US President Donald Trump has criticised Federal Reserve policy even though most economists believe the highest inflation in seven years and lowest unemployment in 40 years justify recent interest rate rises and a strong US dollar.

Donald Trump said he was concerned about the potential impact on the US economy and American corporate competitiveness from rising rates and a stronger dollar.

"I'm not thrilled," he said in an interview on CNBC television.

"Because we go up and every time you go up they want to raise rates again. I am not happy about it. But at the same time I'm letting them do what they feel is best," he said.

"I don't like all of this work that we're putting into the economy and then I see rates going up," he added.

Trump said he was concerned that the "Chinese currency was dropping like a rock" and the strong US dollar "puts us at a disadvantage."

After more than six years of record low interest rates that helped the US economy recover from the 2008 financial crisis, the Fed began to slowly raise rates again in December 2015 and has raised them five times since Trump took office in January 2017.

In an address to Congress this week Fed Chair Jerome Powell repeated his view that rates would keep rising slowly now that the unemployment rate was at the lowest since the 1960s and consumer price inflation was 2.9% annually in June. 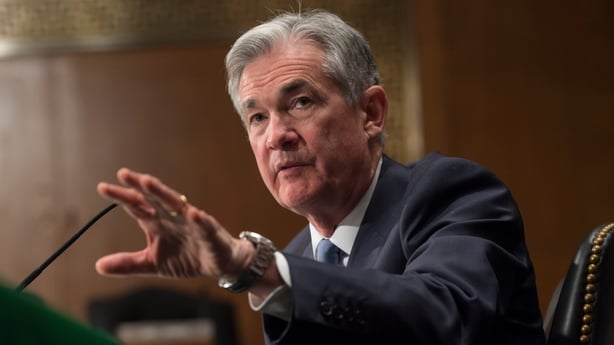 US central bankers project two more interest rate increases this year and another three in 2019.

Steady US economic growth of around 2% in the first quarter of this year and rising interest rates, at a time when the European Central bank and the Bank of Japan are keeping their rates low, helped the US dollar climb to its highest level in a year in July.

This was not the first time Trump departed from a long-standing practice by US presidents of respecting the Federal Reserve's independence by refraining from commenting on interest rates or the value of the US dollar, a custom he dismissed.

"Now I'm just saying the same thing that I would have said as a private citizen," Trump said.

"So somebody would say, 'Oh, maybe you shouldn't say that as president.' I couldn't care less what they say because my views haven't changed," he said.

Later, the White House said in a statement that Trump respects the Fed's independence and was not interfering with its policy decisions.

Trump nominated current Fed Chair Powell, who had served as a governor on the board of the Fed, to serve at its helm after Janet Yellen's retirement in February.

In his remarks to CNBC, Trump called Powell "a very good man."

Trump has further reshaped the Fed's leadership by appointing its vice chair for regulation and nominating two more Fed governors, both mainstream economists.

But most economists credit the Fed with engineering the economic recovery that began in 2010, and is now the second longest US economic expansion on record, by keeping interest rates at historically low levels and buying back US Treasury debt to inject liquidity into the market.

Most economists believe the Fed's current policy of raising interest rates is sound monetary policy given US consumer price inflation is at an annual rate of 2.9% and the unemployment rate was at 4% in June.

Economists say the biggest risk to America's economic growth are Trump's own policies, especially his imposition of import tariffs on China and Europe as well as allies like Mexico and Canada.

US companies may find themselves less able to compete globally as import tariffs contribute to rising input costs, forcing them to raise prices or lower their profit margins.

However, many analysts doubt Trump's comments will have much impact on Federal Reserve policy or the markets.