But it said it would still try to expand its international footprint by acquiring 61% of European broadcaster Sky, the remainder of which is owned by Fox.

Comcast's withdrawal is a concession to Walt Disney, which last month sweetened its offer for the Fox assets to $71.3 billion, in a bid to unite two Hollywood studios and several television networks under one corporate umbrella.

However, it still leaves the two companies competing to expand in Europe via a bidding war for Sky, which is 39% owned by Fox.

Fox has also made an offer for the 61% of Sky it does not own, although Comcast is currently the highest bidder with a £14.75 a shareoffer, worth $34 billion, for the London-listed pay TV group.

The  convoluted battle for Sky pic.twitter.com/HLDzDAci0i

Shares of Comcast, the largest US cable company, rose 2.7% yesterday as investors were relieved the company did not try to outbid Disney further.

One of the reasons Comcast dropped its bid for the Fox assets was that the bidding war was inflating the value of Sky, given its partial ownership by Fox, according to sources familiar with the company's thinking.

In a regulatory filing last week, Fox and Disney acknowledged for the first time they may not try to again outbid Comcast on Sky, though the sources stressed no decision has been taken.

Analysts have said Disney's debt pile could now hamper its ability to take on Comcast with a new bid for Sky, partly because it will need to invest even more to launch a successful direct-to-consumer streaming platform.

On CNBC, Disney's Iger said he was "extremely pleased" with the news. Fox and Disney shareholders will vote on their deal next week.

Comcast dropped its bid for the Fox assets because it was concerned the price was becoming too high, even though its banks were ready to finance a new bid, according to the sources.

It was also worried how much revenue it would lose in divesting assets to appease US antitrust regulators.

"I'd like to congratulate Bob Iger and the team at Disney and commend the Murdoch family and Fox for creating such a desirable and respected company," Comcast's Roberts said in a statement.

The Fox assets being acquired include a cable group with FX Networks, National Geographic and 300-plus international channels, plus Fox's stake in Hulu.

Immediately before the acquisition by Disney, Fox will separate the Fox Broadcasting network and stations, Fox News Channel, Fox Business Network, its sports channels FS1, FS2 and the Big Ten Network, into a newly-listed company that it will spin off to shareholders.

The bidding between Comcast and Disney is part of a bigger battle in the entertainment industry as media giants splash out tens of billions of dollars on deals to be able to compete with Netflix and Amazon.com.

While an acquisition of Sky, a broadcaster of sports, films and TV shows to 23 million homes across Europe, would significantly diversify Comcast's business overseas, it would do little to give it scale in its core US market. 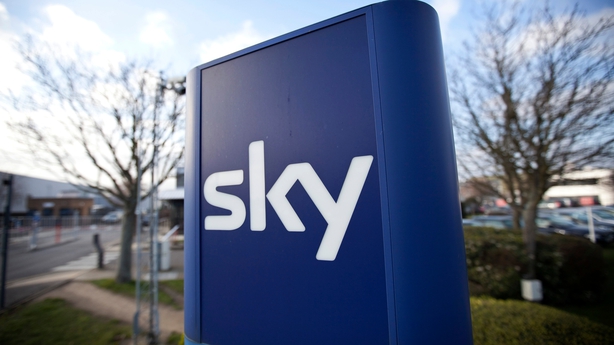 Comcast was drawn into a bidding war for Fox because of the scarcity of big media assets up for sale, given that the industry is dominated by powerful families and personalities reluctant to cede control.

CBS and Viacom, for example, are tightly controlled by the Redstone family.

Comcast first made an offer for the Fox entertainment assets last November, but Fox decided to go with Disney, even if its bid was lower, because it believed a deal with Comcast would not win competition approval.

The US Department of Justice last month approved Disney's deal with Fox.