Glanbia and its US partner Leprino Foods have announced plans to build a new €130m mozzarella cheese manufacturing facility in Portlaoise, Co Laois.

The new plant will create 250 jobs during its construction phase and will employ 78 people when it is completed.

A site for the new facility has been identified at the Togher National Industrial Estate in Portlaoise and the new plant will have a production capacity of 45,000 tons of cheese a year.

Glanbia said that if planning permission is successfully achieved, construction on the new plant will start later this year and the new facility would be expected to begin production in 2020. 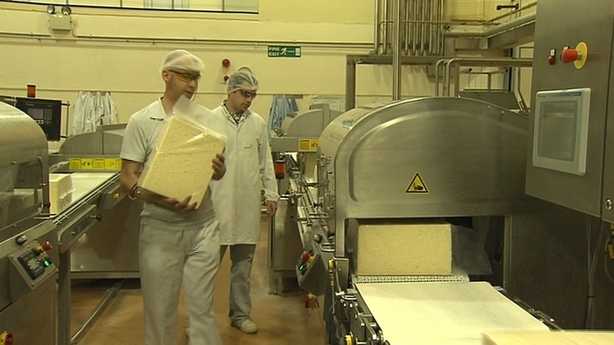 Glanbia and Leprino Foods already have a successful existing joint venture partnership in Glanbia Cheese which was set up in 2000.

It has large scale manufacturing operations in Llangefni in Wales and in Magheralin in Co Down.

Glanbia Cheese is the biggest mozzarella manufacturer in Europe.

Enterprise Ireland said the project was secured for Co Laois against strong competition from many other locations.

Siobhán Talbot, Group Managing Director of Glanbia, said the company's partnership with Leprino Foods has been very successful for both partners to date.

Glanbia is very positive about the potential of this new venture, she added.