The deal is the latest partnership in a European retail industry into which US internet giant Amazon has made inroads in recent months.

"This strategic alliance between Carrefour and Tesco is a major agreement as it combines the purchasing expertise of two world leaders, complementary in their geographies, with common strategies," said Carrefour CEO Alexandre Bompard. 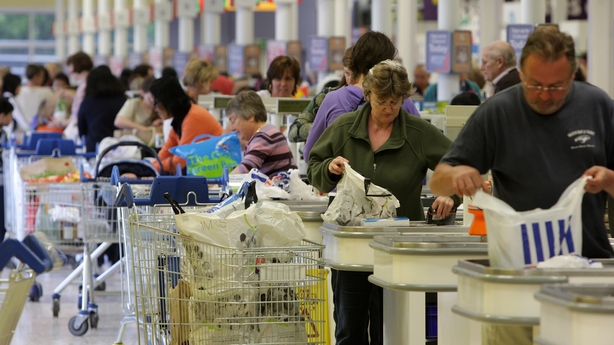 The alliance will cover strategic relations with global suppliers in areas such as marketing services or data collection as well as the joint purchasing of own-brand products and goods used in their own businesses, Carrefour said.

The alliance, which will be formally agreed in the next two months, will exclude fresh food products.

Each company will also continue to work with supplier partners at a local and national level.

Tesco, Britain's biggest supermarket with sales of £51 billion, has been rebuilt by chief executive Dave Lewis after a 2014 accounting scandal compounded a sharp downturn in trading.

As part of that recovery the group, which has operations in eastern Europe and Malaysia and Thailand, has improved its relations with suppliers, while raising pressure on its domestic rivals with price cuts.

"By working together and making the most of our collective product expertise and sourcing capability, we will be able to serve our customers even better, further improving choice, quality and value," Tesco CEO Lewis said.

Tesco faces a threat to its market leadership in Britain from plans by second-ranked Sainsbury's to buy Wal-Mart owned Asda, the number three player.

Carrefour, Europe's biggest retailer, makes the bulk of its €88 billion worth of sales in Europe, while Brazil is its second-largest market after France. The deal with Tesco excludes China and Poland. 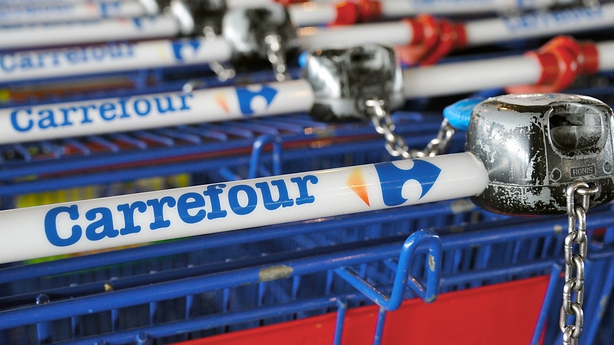 In April it gave a cautious outlook for this year after sales growth slowed in the first three months, with continued weakness in its core French market suggesting that the supermarket chain faces a long road to recovery.

In January, Carrefour announced plans to cut costs and jobs, boost e-commerce investment and seek a partnership in China, in an effort to lift profit and revenue and beat domestic rivals in the race to develop digital shopping products.

Competition in France has been fierce, with smaller rival Casino's Monoprix chain in March becoming the first local retailer to sell groceries via Amazon in the Paris area.