The dollar's early bounce fizzled out this morning, as markets saw few concrete measures emerging from the US-North Korea summit and waited for guidance from two of the world's top central banks later this week.

US President Donald Trump said he had formed a "very special bond" with North Korean leader Kim Jong-un at the meeting.

Against a basket of rivals the dollar turned negative on the day at 93.53 after bouncing 0.3% to 93.89 in early trading in Asia, its highest since June 5.

Trump said the meeting in Singapore had gone "better than anybody could have expected" and he anticipated that the denuclearisation process would start "very, very quickly".

Of more importance to global markets will be any clarity on the outlook for US and European monetary policy this week at a time when policymakers have struck to their optimistic stance despite the darkening tensions around global trade prospects.

The US Federal Reserve holds a two-day meeting starting today, and it is widely expected to raise interest rates for the second time this year.

The focus is on whether the Fed will hint at raising rates a total of four times in 2018.

The European Central Bank also meets on June 14, when it could signal intentions to start unwinding its massive bond purchasing programme.

Garret Grogan, Global Head of Trading of Bank of Ireland Global Markets said today's summit had been initially viewed as a potential flashpoint for markets, given the unpredictable nature of both parties, so understandably some relief is being seen now that uncertainty has lessened.

"However while this is another significant milestone in the march towards denuclearisation of the Korean peninsula, we expect any further reaction in the dollar to be short lived, similar to what markets experienced after the Moon-Kim summit in April," Mr Grogan added. 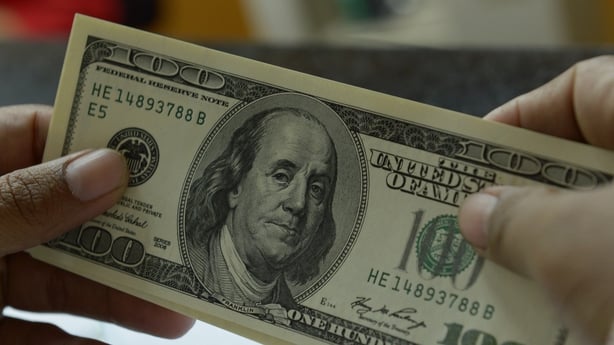 He said of greater significance for the dollar in the short term will be the actions of global central banks with both the Federal Reserve and the ECB expected to continue a gradual move away from the policy approach they adopted to contain their respective financial crises.

"The Federal Reserve is all but certain to increase US rates by 0.25% on Wednesday evening so of greater importance will be any guidance on the timing of the next hike and whether board members will perceive three or four hikes as appropriate," he said.

He pointed out that the ECB's chief economist Peter Praet indicated that the time is soon approaching for the governing council to look at exiting their extraordinary policy measures beginning with the ECB’s bond purchasing programme.

This weekend's comments from new Italian Finance Minister Tria reaffirming commitment to the euro has reassured European markets with Italian bonds and stocks rebounding strongly. This has subsequently boosted the euro in the process, he added.