Argentina and the International Monetary Fund have reached an agreement for a three-year, $50 billion standby lending arrangement.

Argentina's government said it had sought the loan to provide a safety net and avoid the frequent crises of the country's past.

Argentina requested IMF assistance on May 8 after its peso currency weakened sharply in an investor exodus from emerging markets.

As part of the deal, which is subject to IMF board approval, the government pledged to speed up plans to reduce the fiscal deficit even as authorities now foresee lower growth and higher inflation in the coming years.

The deal marks a turning point for Argentina, which for years shunned the IMF after a devastating 2001-2002 economic crisis that many Argentines blamed on IMF-imposed austerity measures.

President Mauricio Macri's turn to the lender has led to protests in the country.

"There is no magic, the IMF can help but Argentines need to resolve our own problems," Treasury Minister Nicolas Dujovne said at a news conference.

Dujovne said he expected the IMF's board to approve the deal during a June 20 meeting. After that, he said he expects an immediate disbursement of 30% of the funding, or about $15 billion.

Argentina will seek to reduce its fiscal deficit to 1.3% of gross domestic product in 2019, down from 2.2% previously, Dujovne said.

"This measure will ultimately lessen the government financing needs, put public debt on a downward trajectory, and as President Macri has stated, relieve a burden from Argentina's back," IMF Managing Director Christine Lagarde said in a statement.

Speaking alongside central bank governor Federico Sturzenegger, Dujovne noted that the agreement was well above Argentina's IMF quota. A minimum $20 billion had been expected based on Argentina's quota.

The interest rate will be from 1.96-4.96%, depending on how much Argentina uses.

The South American country must pay back each disbursement in eight quarterly installments, with a three-year grace period.

As widely expected, the government will also send a proposal to Congress to reform the central bank's charter and strengthen its autonomy.

The central bank will also stop transferring money to the treasury, a practice known locally as the "little machine" that is seen as a major driver of incessant inflation.

"The little machine has been turned off, it has been unplugged," Sturzenegger said.

The IMF's backing was expected to boost Argentine assets, which have sagged in recent months amid a global selloff in emerging markets.

Neighbouring Brazil, Latin America's largest economy, has also seen its currency weaken in recent days to its lowest level in more than two years on fears over the county's fiscal outlook and political future.

But the short-term economic picture for Argentina remains more complicated than it appeared several months ago. 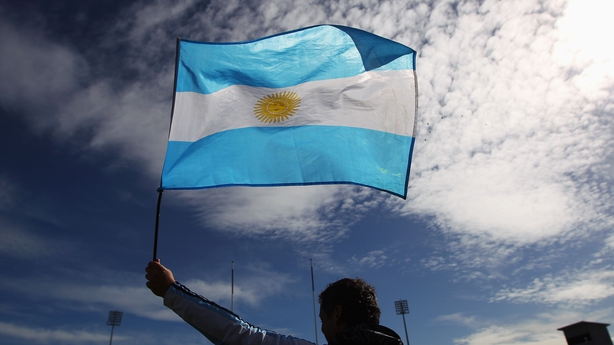 The central bank will also abandon its 2018 inflation target of 15% and will not target any particular level this year, Sturzenegger said.

Both Argentina and the IMF said the deal would protect the most vulnerable.

Garret Grogan, Global Head of Trading at Bank of Ireland Global Markets said that optimism surrounding last night's IMF programme for Argentina has been tampered by ongoing concerns about Mexico and Brazil.

Mr Grogan said the resurgence in the polls of support for populists ahead of elections in both countries this year, adds to investor concerns.

"The Brazilian central bank is now expected to follow its peers in Turkey, Indonesia and India and hike rates sharply to defend its currency as emerging market central banks follow the Federal Reserve and ECB into a new era of higher rates," he said.

"Alongside this environment of higher rates comes less liquidity and with first ECB hike now projected into middle of next year - just as Brexit comes to the fore, emerging markets may well be signalling another headwind for the year ahead," he added.

In a separate statement, the president's office said it had clinched agreements for an additional $5.65 billion from the Inter-American Development Bank, the World Bank and the CAF development bank over the next 12 months.