It also expressed confidence in the economy's ability to extend its 26-year run without recession, thanks to stronger exports and government spending.

The Reserve Bank of Australia (RBA) held policy rates at 1.5% for a 22nd meeting in a row, citing lukewarm inflation and wage growth.

However, it expects the country's average gross domestic product (GDP) growth to accelerate to "a bit above" 3% in 2018 and 2019.

The upbeat outlook comes as analysts upgraded forecasts for first-quarter GDP, due tomorrow, following a run of better-than-expected data this week.

Australia's A$1.8 trillion economy is expected to have expanded a brisk 0.9% in the March quarter from 0.4% in December, according to a consensus of 19 economists polled by Reuters.

The annual pace likely accelerated to a healthy 2.8%, from 2.4% in December.

Before this week's data, economists had expected growth of 0.8% for the quarter and 2.7% for the year.

"The recent data on the Australian economy have been consistent with the bank's central forecast for GDP growth to pick up, to average a bit above 3%t in 2018 and 2019," RBA Governor Philip Lowe said today.

"Business conditions are positive and non-mining business investment is increasing. Higher levels of public infrastructure investment are also supporting the economy. Stronger growth in exports is expected," he added. 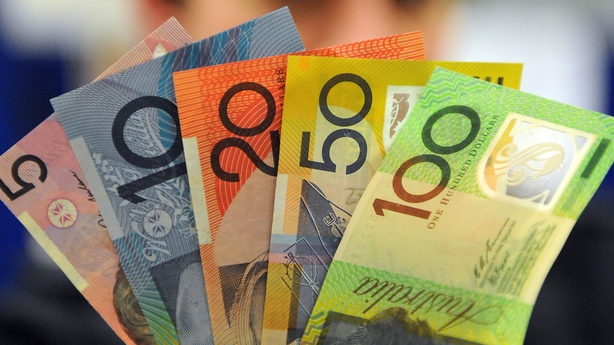 Figures from the Australian Bureau of Statistics today showed government spending climbed 1.6% in the first quarter to an inflation-adjusted A$84.6 billion $64.7 billion, lifting potential for growth.

The jump in goods exports helped narrow the country's current account deficit to the smallest since early 2017 at A$10.5 billion.

A private sector survey today also showed activity in the services sector - a major engine of growth in the economy - rose at its fastest pace in over 13 years in May.

However, household consumption - which accounts for around 57% of GDP - remains a "continuing source of uncertainty" for the RBA as wages grow slowly and debt remains elevated.

That is a major reason behind the RBA's decision to hold rates, which have remained at their current setting since August 2016, marking the longest period of unchanged policy since the cash rate was introduced in 1990.