The reprieve for ZTE, hit by a seven-year ban in April that had crippled its operations, could include China removing tariffs on imported US agricultural products, as well as buying more American farm goods.

This is according to two people briefed on the matter.

Washington and Beijing stepped back from the brink of full-blown trade war after talks last week, with the US appearing to set aside for now its demands that China revamp key planks of its industrial policy in exchange for buying more farm products.

US and China step back from brink of global trade war pic.twitter.com/0QiwoWSTlq

US President Donald Trump has adopted a more conciliatory stance in the trade dispute with China as North Korea, has called into question a summit planned for next month in Singapore with Trump.

Many in the US government and in industry are dismayed that Trump appears to be backing off his tough stance on forcing China to open its markets more and tackle what they see as China's unfair trade and market access practices. Some in the US government and business community have said they opposed what they saw as a clear-cut legal case against ZTE being used as a bargaining chip in the broader trade conflict.

The steep cut in import tariffs for cars and car parts follows China's pledge last month to open its car market, the world's largest, that included a timeline to remove long-standing caps on foreign ownership of automotive ventures.

Import tariffs will be cut to 15% for most vehicles from 25% from July 1, the Ministry of Finance said.

This move will likely to boost carmakers that ship high-end cars to China, such as Tesla and German giants BMW and Daimler's Mercedes-Benz. Tariffs for car parts would be cut to 6% from mostly about 10%.

White House advisers have previously said the ban against ZTE was being reexamined, and the firm would still face "harsh" punishment, including enforced changes of management and at board level. 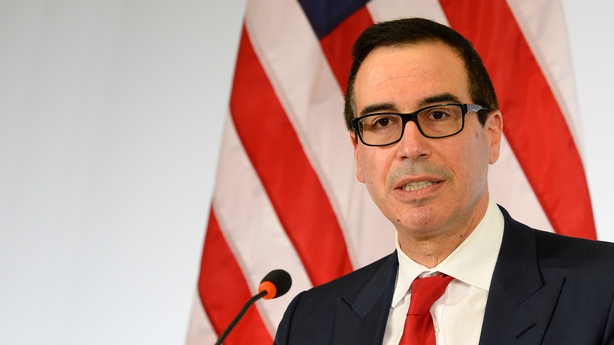 One source told Reuters there was a "handshake deal" on ZTE between US Treasury Secretary Steven Mnuchin and Chinese Vice Premier Liu He during talks in Washington last week that would drop the ban in exchange for purchase of more US farm products.

The second person said China might also eliminate tariffs on U.S. agriculture products it assessed in response to US steel duties, and that ZTE could still be forced to replace its leadership, among other penalties.

The ZTE deal, while not yet cemented, was likely to be finalised before or during a planned trip by US Commerce Secretary Wilbur Ross to Beijing next week to help reach a broader pact to avert a trade war, both sources said.

ZTE, which is publicly traded but whose largest shareholder is a Chinese state-owned enterprise, had been hit with penalties for breaking a 2017 agreement after it was caught illegally shipping US goods to Iran and North Korea, in an investigation dating to the Obama administration.

US companies provide an estimated 25-30% of components in ZTE's equipment, which includes smartphones and gear to build telecommunications networks.

In May, Trump signalled a stunning reversal on ZTE when he said he would help the company get "back into business, fast", saying the ban would cost too many jobs in China.

Chinese officials had made the issue a key focus of their demands during talks in Beijing this month, threatening to halt talks on broader two-way trade disputes unless Washington agreed to ease the sanctions, sources said at the time.

Washington and Beijing both claimed victory in trade talks on Monday as the world's two largest economies agreed to hold further talks to boost US exports to China.

Over the weekend, both pledged to keep talking about how China could import more energy and farm commodities from the US so as to narrow the $335 billion annual trade deficit in US goods and services with China, although details and a firm timeline were thin.