Siobhán Talbot, the Managing Director of Glanbia, has been named as the first winner of The Irish Times Business Person of the Year Award.

The purpose of the awards - run in association with KPMG - is to recognise excellence and outstanding achievement in Irish business.

Ms Talbot received her award for her efforts in overseeing a deal to spin off Glanbia's Irish dairy and agribusiness operation into a joint venture called Glanbia Ireland.

She became Glanbia boss in November 2013, having previously been Group Finance Director at the company. 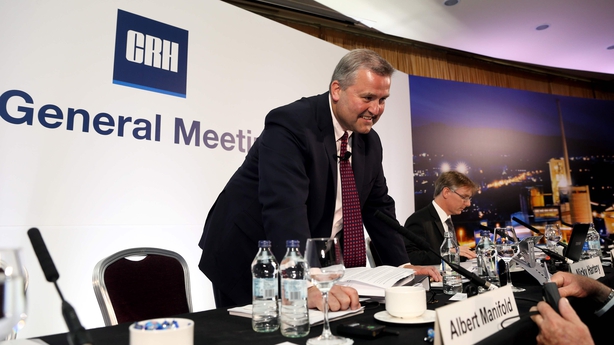 Last year the company, led by CEO Albert Manifold, agreed to buy Ash Grove Cement, the fifth-largest building materials company in the US for €3.5 billion.

Mr FitzGerald retired last June after more than 40 years in the business, 35 of them as chief executive.

He co-founded Sherry FitzGerald in 1982 and the company sells more than 8,500 houses a year and has a market share of 15%.

And Newry-based sports technology group Statsports Technologies won the Deal of the Year Award for its €1.14 billion deal with the official governing body of soccer in the US.

Mark Bourke from AIB won the Chief Financial Officer of the Year Award.

Mr Bourke was a key player in AIB's return to stock markets in Dublin and London - the largest IPO in Europe in 2017.