Rare disease drug maker Shire has said it is willing to recommend a sweetened $64 billion offer from Japan's Takeda Pharmaceutical to shareholders.

The deal could be the biggest acquisition of a drug company this year.

But shares in Takeda tumbled further today, losing 7% as investors fretted over its ability to buy a company twice its size.

Its stock slide - 18% since the news of a possible bid broke - also makes the cash-and-share deal less appealing to Shire shareholders.

The latest development comes after London-listed Shire rejected four previous offers from Takeda and will leave Shire shareholders owning half of the combined company.

That represents a 4.3% premium to Takeda's fourth proposal on April 20 and an 11.4% premium to its first approach on March 29.

Shire said its board agreed to extend a Wednesday regulatory deadline to May 8 so Takeda can conduct more due diligence and firm up its bid. Shire added the deadline may be extended further if needed.

Any deal is subject to the resolution of several issues, including completion of due diligence by Shire on Takeda, the company said.

A deal would significantly boost Takeda's position in gastrointestinal disorders, neuroscience, and rare diseases, including a blockbuster hemophilia franchise.

If successful, it would be the largest overseas acquisition by a Japanese company and propel Takeda, led by Frenchman Christophe Weber, into the top ranks of global drugmakers.

Weber, who became Takeda's first non-Japanese CEO in 2015, has said publicly it was looking for acquisitions to reduce its exposure to a mature Japanese pharmaceutical market.

The combined company would have its primary listing in Tokyo and also offer American Depository Receipts - a move which will give Shire investors an opportunity to cash out more easily.

But the transaction would be a huge financial stretch, and Takeda investors have been skeptical about the merits of a Shire deal, given the size of the potential purchase and concerns that a large share issue will be needed to fund it. 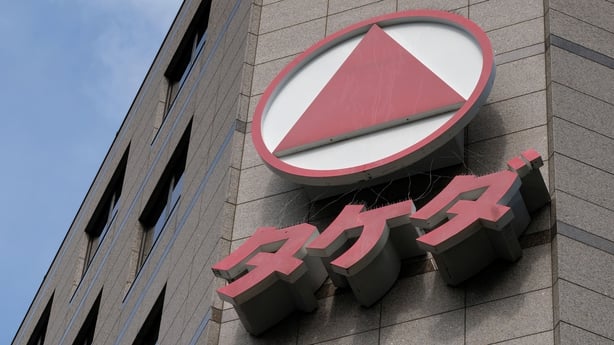 Ambitious cost cutting is also seen as necessary to make the deal pay.

Dealmaking has surged in the drug industry this year as large players look to improve their pipelines. A Takeda-Shire transaction would be by far the biggest.

Shire has long been seen as a likely takeover target.

Botox-maker Allergan said last week it was considering making a rival offer, only to scrap it hours later due to pushback from shareholders.

Shire was also nearly bought by US drugmaker AbbVie In 2014, until US tax rule changes caused the deal to fall apart.

Shire traces its roots back to 1986, when it began as a seller of calcium supplements to treat osteoporosis, operating from an office above a shop in Hampshire.

Since then it has grown rapidly through acquisitions to generate revenues of about $15.2 billion last year.

But it has been under pressure in the past 12 months due to greater competition from generic drugs and debt from its $32 billion acquisition of Baxalta in 2016, a widely criticised deal.

It announced last week a sale of its oncology business to unlisted French drugmaker Servier for $2.4 billion.