A meeting has been held at Independent News and Media this evening to reassure staff in the wake of reports of an alleged data breach at the media company.

It is understood editors and department heads attended the meeting at INM Headquarters in Dublin.

They were told newspapers and online operations are separate to boardroom and governance issues.

Editors have been asked to brief their teams and reassure them not to be deflected by issues in other parts of the organisation.

It was emphasised that staff remain the priority.

Earlier, the Press Ombudsman Peter Feeney has said it is "deeply disturbing" that communications between journalists and third parties could have been accessed and used for purposes other than what was intended.

His statement comes after Data Protection Commissioner Helen Dixon said that she intends to investigate whether personal data was accessed in an alleged data breach at Independent News & Media.

Speaking on RTÉ's Morning Ireland, Mr Feeney said that the alleged data breach "endangers the confidentiality which a journalist may guarantee someone, if he or she is giving them information".

He said: "It undermines investigative journalism and therefore is a deep, deep concern.

"If a person has a doubt whether the guarantee of confidentiality means anything, they won't pass on information and journalism will suffer, and Irish society will suffer."

Director of Corporate Enforcement Ian Drennan has prepared an affidavit for a High Court case in advance of his request to have inspectors appointed to the media company.

Mr Drennan's affidavit alleges there was a significant data breach and information related to 19 individuals was accessed on INM's system in 2014.

That court case is due to be heard on 16 April.

Editor-in-Chief of INM Stephen Rae has told staff that their welfare is the company's primary concern. 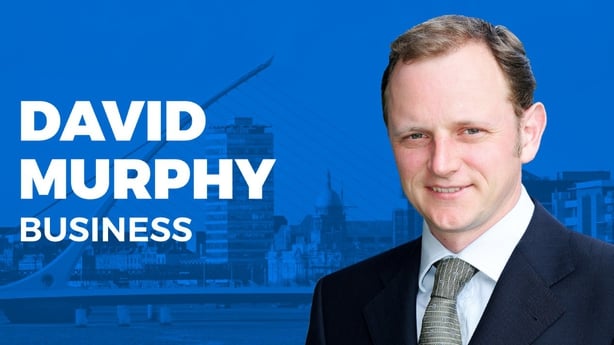 This goes back to two years ago when the then chief executive of INM, Robert Pitt, made a whistleblower disclosure to the Director of Corporate Enforcement.

Ian Drennan decided to investigate, and there were two issues he was looking into:

It is understood that Mr Pitt clashed with the then-INM chairman, Leslie Buckley, over both these issues.

Mr Drennan conducted an investigation and then in the past ten days, we heard from INM that he had decided to apply to the High Court to appoint inspectors to investigate INM.

Those inspectors would have specific powers, they would be able to compel witnesses and it would mean that there would be a very significant report done for the Director of Corporate Enforcement.

Since then, details have emerged of an affidavit which has been lodged in the High Court, although not open in the court, by Mr Drennan.

That has made a series of allegations related to this alleged data breach.