Louis Vuitton, the biggest earnings driver at French luxury goods group LVMH, is expanding its leather goods and handbag production with at least two new workshops planned for this year and next.

The label, originally known for its travel trunks, will hire 500 people for two sites in western France.

This will bring its staff of leather goods specialists to around 4,000 as it looks to meet growing demand.

One site will open by July this year, and another by early 2019. A third new opening should follow later next year, Vuitton's industrial director Emmanuel Mathieu said.

Parent LVMH, also home to labels like Givenchy and Christian Dior, reported record profits and sales in 2017, helped like its peers by the rebounding appetite of Asian shoppers for luxury goods.

Fashion labels derive some of their highest margins from leather goods like handbags and wallets.

Vuitton makes the majority of these items in its home market, echoing rival Hermes, which trades off its "Made in France" appeal and is also due to open several new workshops by 2020.

By early 2019 Vuitton will have 16 French leather workshops, the firm said. Its last opening was in 2017, following a lull since 2011, although it had increased staff at its sites in the meantime.

The industrial sector saw its first net job creation since 2001 in the last three months of 2017, national statistics showed this month. 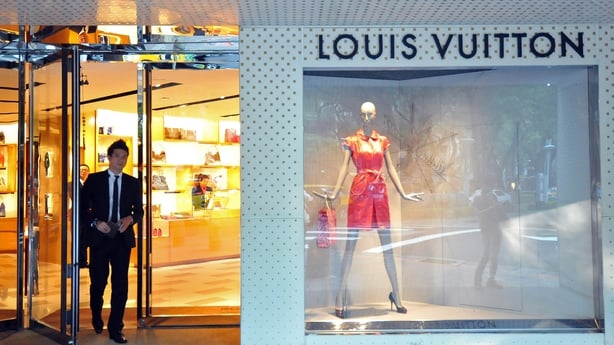 Louis Vuitton, which owns all of its own stores, is also looking to cut lead times to help it react to sales trends, managers said.

It aims to deliver handbags within a week of internal orders coming in, down from the current two weeks.

"When we launch a new product we can adapt very quickly to demand," Mathieu said.

Models including Vuitton's Twist bags or the mini Palm Springs backpacks are assembled by hand at the site by some 250 workers trained on specialist stitching machines.

Vuitton does have several plants elsewhere, however, including two in California to cater to the US market and a new one planned in Texas.

It also has four workshops in the Spanish region of Catalonia, and production facilities in Portugal and Romania where it makes components like luggage handles.

LVMH does not break out earnings for its brands, but analysts estimate Vuitton's sales reached at least €8 billion last year.