Nestle is launching a lower-sugar Milkybar made with a new version of the sweetener which could help ease the $185 billion confectionery industry's public health headache.

Milkybar Wowsomes, a new more expensive take on the 81-year-old white chocolate made famous by the Milkybar Kid ads, will be on shelves in Ireland and the UK in coming weeks.

This is due to the use of Nestle's new ingredient, sugar that has been physically altered to be lighter and dissolve faster. But they have only 3% fewer calories, due to extra natural ingredients.

The new sugar, first discussed publicly in 2016, partly addresses one of Big Food's toughest challenges - how to make junk food healthy but keep it tasty.

Nestle's marketing chief says the aim of the new chocolate, which underwent more than 300 recipe tweaks, is to give parents the option of a healthier treat for their children.

Unlike the original plain white Milkybar chocolate, Wowsomes have a chocolate shell around a creamy centre containing both the lighter sugar and crisped oat cereal.

"We felt it was important to signal that this brand is evolving and answering new consumer trends," Patrice Bula, head of marketing, told Reuters.

Nestle is under shareholder pressure to accelerate sales after six years of slowing growth, with the sector struggling as consumers seek fresher foods and flock to new, independent brands seen as healthier or more ethical.

Governments are also cracking down on sugar to help fight obesity, but taxes generally concentrate on soft drinks.

Companies like Nestle are trying to stay ahead. Next month it is rolling out San Pellegrino soft drinks with the low-calorie sugar substitute stevia, which will keep the fruit-flavoured drinks below the new UK tax threshold.

Nestle's new invention is not for use in drinks and for now, it is just in confectionery - one of the toughest categories to reformulate, as chocolate can be up to 55% sugar.

Nestle executives said it was too early to specify how much this development would curb sugar purchases, although the company is looking to cut back over time.

Although the move by one of the world's largest sugar buyers will not impact demand overnight, it may serve as a litmus test for other manufacturers, industry sources said.

Nestle's business in the UK and Ireland has already taken out 10,400 tonnes of sugar from its portfolio since 2015.

A long-term move away from sugar could spell disaster for farmers in top producing countries like India and Brazil, which together produce over 65 million tonnes of the sweetener each year. 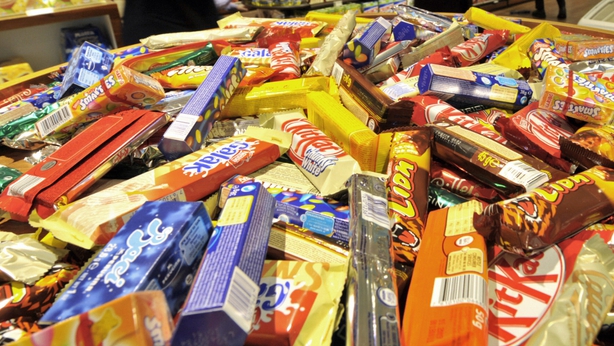 "We have quite a few brands in a lot of markets in Latin America, but also in Europe and Asia that could use that technology," Bula said.

The company declined to say how much the project had cost, but for Jas Scott de Martinville, head of confectionery research and development and the product technology centre in York, where the chocolate was developed, it was money well spent.

"Every time you create something as break-through as this, you learn so much. Our scientists in Switzerland will use the knowledge gained to help us advance in other categories," he added.

In 2016, Nestle said the product had the potential to reduce total sugar by up to 40% in confectionery. Milkybar Wowsomes have only a 30% reduction, partly because the chocolate shell utilises regular sugar.

Nestle says the new sugar is made by spraying a mixture of sugar, milk powder and water into warm air which forms a porous sugar structure that melts more quickly, meaning that less sugar can be used for the same amount of sweetness.

The idea is similar to that behind SODA-LO Salt Microspheres, which Tate & Lyle launched in 2012, with hollow spheres that allow for sodium reduction.

Most packaged food makers have initiatives aimed at making their products healthier, but some say there is a limit.

"It would not make sense to cut sugar in all our chocolate by 2-3% or to use stevia everywhere," Lindt & Spruengli CEO Dieter Weisskopf said this month.

"That would harm the taste," he added.