The total value of transactions for the year was also up, rising by 21% to €7.4 billion, according to the Home.ie research, which was based on an analysis of the Property Price Register.

The research noted that the number of house sales rose in all but four of Dublin's 22 postal code districts. 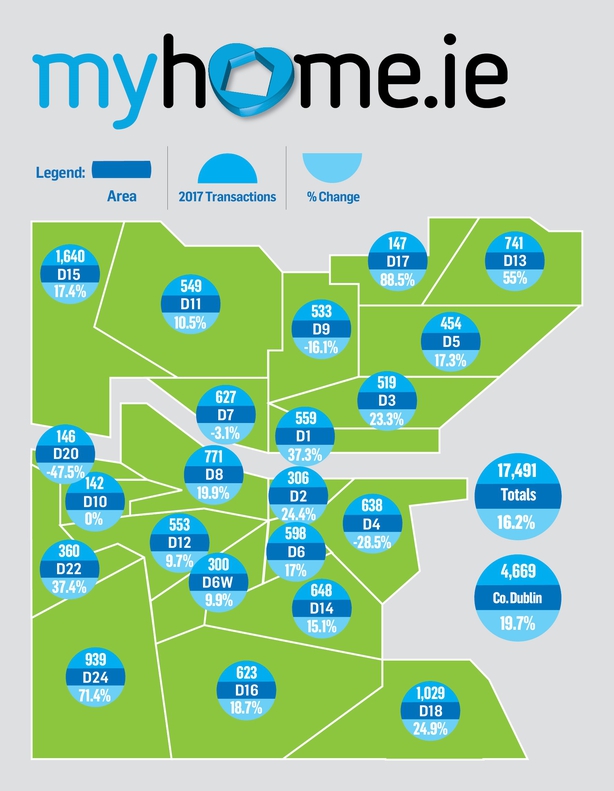 Swords in North County Dublin led the way on 575 sales, just pipping Dun Laoghaire on 572 with Lucan on 329.

Angela Keegan, Managing Director of MyHome.ie, said the post codes recording the largest number of sales and the biggest increases were generally to be found along the M50.

Ms Keegan said this highlighted the issue of urban sprawl and the need for an enhanced public transport network for the city.

"Commuting times and urban sprawl go hand in hand and unless Dublin develops and increases the capacity of its public transport network this is a problem which is only going to intensify," she said.

"The new MetroLink isn't due to open until 2027 so anyone buying a new house in north or south county Dublin in the coming years will have to factor in lengthy commuting times," she cautioned.