Shares in Smurfit Kappa jumped again today, with traders citing a Bloomberg report that the firm was prepared to open takeover talks at €40 a share.

Smurfit Kappa shares had surged more than 18% yesterday after it flagged the approach. Shares jumped another 6.3% to €36 at close of trading today.

He repeated that the offer put forward by International Paper failed entirely to reflect the group's prospects as an independent business and represented a valuation multiple significantly below recent comparable transactions.

In this morning's statement, Smurfit Kappa said that its board had carefully considered, with its financial advisers, the proposal in detail.

It said it has unanimously rejected it on the basis that it "fails entirely to reflect the group's superior prospects as an independent business and represents a valuation multiple significantly below recent comparable transactions".

The company, which is Europe's largest paper packaging producer, also strongly advised its shareholders to take no action.

The proposed acquisition would allow International Paper to significantly diversify its business beyond North America.

The bid comes as growing consumer spending and the popularity of online shopping have boosted demand for packaging.

International Paper said it remained ready to engage with Smurfit's board and shareholders to discuss both the merits of its bid and the reasons why "it believes it provides the best near and long term value for Smurfit Kappa shareholders."

Smurfit, which operates in 35 countries in Europe and the Americas, recorded a slight rise in full-year earnings to €1.24 billion last year after a strong fourth quarter.

It said yesterday that the underlying positive trading conditions had continued into 2018. 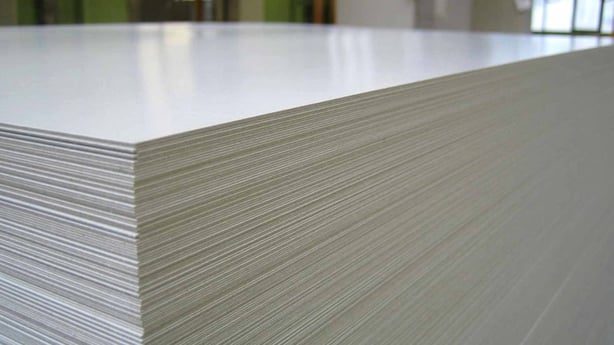 Liontrust Asset Management, the 32nd biggest investor in Smurfit Kappa according to Thomson Reuters data, said a higher bid would be required given Smurfit's attractiveness to US players in a consolidating industry.

"The offer is not particularly generous and we'd expect IP to come back," Liontrust's Stephen Bailey said in an interview.

"An offer in excess of €40 a share would be closer to fair value. You do expect to pay a big premium for it to be taken over as it's a decent business with no obvious problems."

Memphis-based International Paper, which generates around 75% of its sales in North America, had a market capitalisation almost three times that of Smurfit Kappa at $24.1 billion before its offer was made public.

Goodbody Stockbrokers said the combination made strategic sense given complementary businesses in Latin America and the opportunity for International Paper to build on its small position in Europe where it has a 4% market share.