The French economy grew by a stronger than expected 2% in 2017, its best performance since 2011, official data showed today.

The year marked by a surprise acceleration in investment from companies and households.

The 2% increase over 2017, slightly higher than the 1.9% initially estimated, means France outpaced Britain, which grew by 1.7% last year.

But France's gross domestic product fell short of the 2.5% in the wider euro zone.

Today's figures marked a sharp acceleration from the performance of the previous five years, where the French economy flirted with stagnation, weighed down by mass unemployment and efforts to close a budget deficit via higher taxes.

The French government will take heart in the pick-up in investment, which bodes well for long-term growth.

Companies' investment increased by 4.4%, while households' jumped by 5.4%, mainly on the back of property purchases.

Although President Emmanuel Macron's pro-business government has pointed at surging confidence since his election, the previous Socialist government has been quick to claim its efforts to cut companies' payroll costs are bearing fruit. 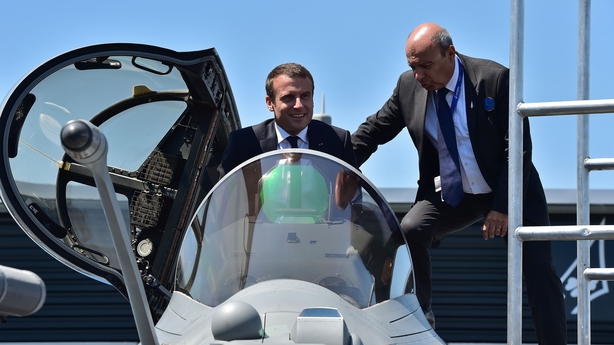 The European Central Bank, whose bond-buying programme has pushed interest rates to record lows, encouraging companies and households to take up cheap loans and mortgages, could just as well take credit.

However, despite a 3.3% rise in exports in 2017, foreign trade still shaved 0.3 points off French growth as a whole last year, because of a more rapid surge in imports, at 4.1%.

In the fourth quarter, GDP rose by 0.6% after growing 0.5% the previous three months, INSEE said, leaving its quarterly estimates unchanged.