HSBC has thanked its pivot to Asia for helping more than double annual profits in 2017.

The lender said pre-tax profits rose to $17.2 billion in the year to December 31, marking a massive 141% jump compared to $7.1 billion a year earlier.

HSBC said its focus on the Asian business "again contributed a substantial proportion" of group profits - driving around 75% of both reported and adjusted earnings.

This was particularly evident in commercial banking, retail banking and wealth management.

Results were also flattered by comparable figures in 2016, which had been dragged lower after HSBC booked a loss on sale and trading results of the Brazilian operations it offloaded that summer.

But while the figures marked growth from a year earlier, they came in below analyst consensus forecasts.

HSBC logged higher expenses linked to the establishment of its UK ring-fenced bank - in line with new regulatory standards - at $392m compared to $223m a year earlier.

It also booked $28m in "costs associated with the UK's exit from the EU".

As part of its Brexit contingency plans, HSBC is on course to move up to 1,000 jobs to France where it already has a full service universal bank after buying up Credit Commercial de France in 2002.

While the overall results were "as firm as anticipated", analysts said there were clear signs the bank is beyond recovery phase now as Stuart Gulliver heads off on his travels. 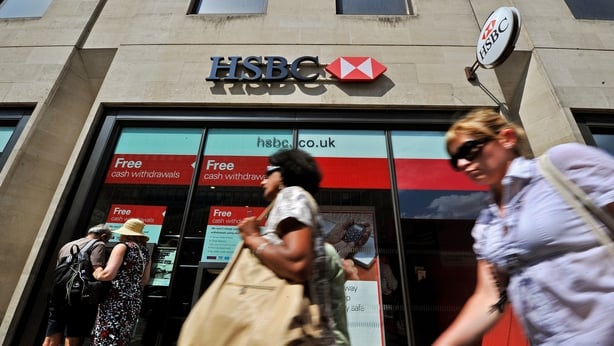 Today's results are the last under chief executive Stuart Gulliver, who is set to hand the reins to John Flint on Wednesday.

Commenting on the financial results, Mr Gulliver said: "These good results demonstrate the strength and potential of HSBC.

"All our global businesses grew adjusted profits and we concluded the transformation programme that we started in 2015. HSBC is simpler, stronger, and more secure than it was in 2011.

"It has been my great privilege to lead HSBC for the last seven years, and in handing over to John I am confident the organisation is in great hands," he added.

Looking ahead, the group's chairman Mark Tucker said the bank was forecasting "reasonable growth" across major global economies this year thanks to low unemployment, a recovery in consumer confidence and improving trade.

Worries over a "hard landing" in China after years of relatively high economic growth have also receded, he said, noting that Asian markets "look set for a strong year" - though rising international tensions and protectionist threats could disrupt the global economy.