Residential property prices outside of Dublin grew at a faster rate than in the capital last year, according to new figures from the Central Statistics Office.

Property prices in the rest of Ireland rose by 13.3% in the year to December, compared to an increase for Dublin of 11.6%.

Overall, the CSO said the residential property prices at national level increased by 12.3% - a more than two-year high and compared to an increase of 9% in 2016.

Breaking down the figures in Dublin, house prices increased 10.8%, while the cost of apartments increased by 14.7% in the same period.

The CSO said that house prices rose by 0.5% on a monthly basis in December, after a 1% rise in November.

But growth over the last three months moderated to 1.8%, the slowest pace of expansion by that measure in seven months. 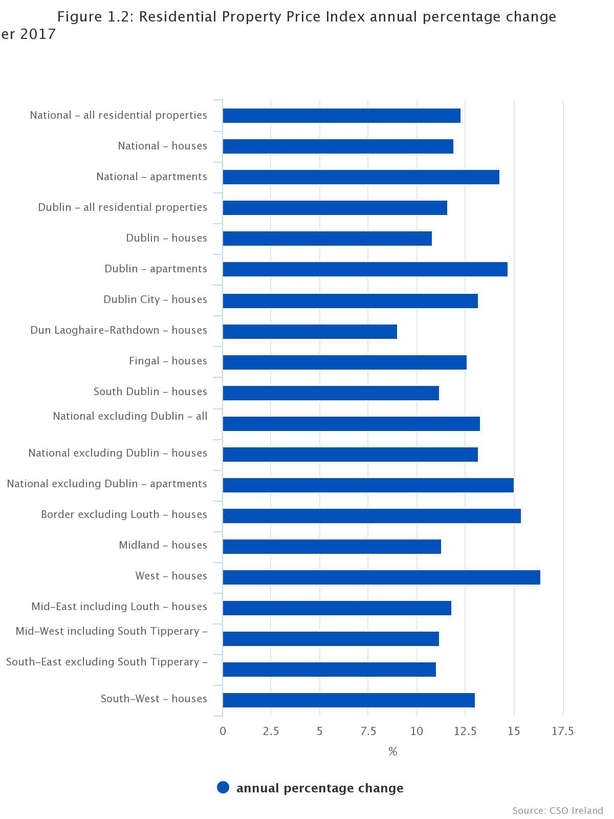 Meanwhile, house prices in the rest of the country went up by 13.2% in 2017. The West saw the greatest growth in prices, with the cost of houses going up by 16.4%. The South-East region saw the least price growth, with house prices increasing by 11%.

Apartment prices in the rest of the country jumped by 15% in the same period. 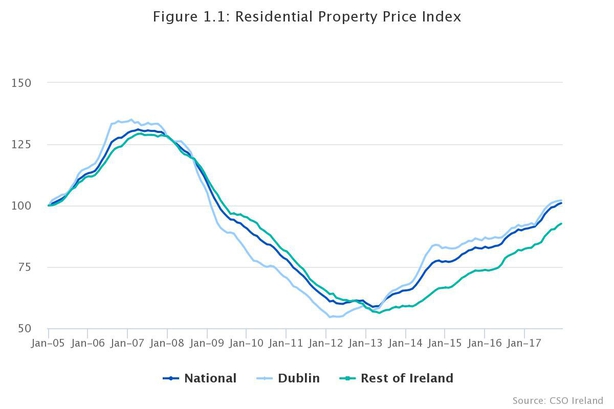 In the month of December, there were 4,344 residential dwelling purchases filed with the Revenue Commissioners.

This represents an 11.2% increase compared to December 2016, when 3,907 purchases were filed. The total value of the market based on transactions filed in December was €1,219.4 million. 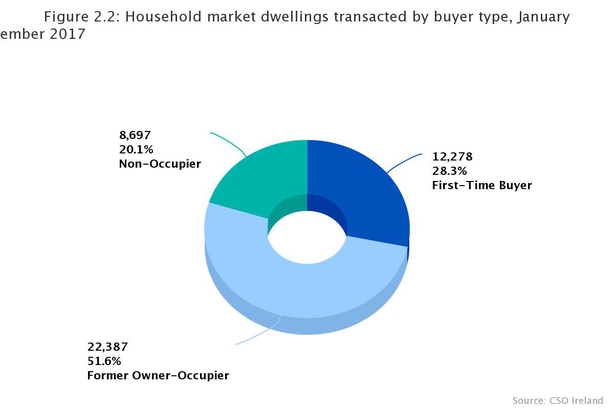 In the 12 months to December, the median price paid by households for a dwelling on the residential property market was €225,000. 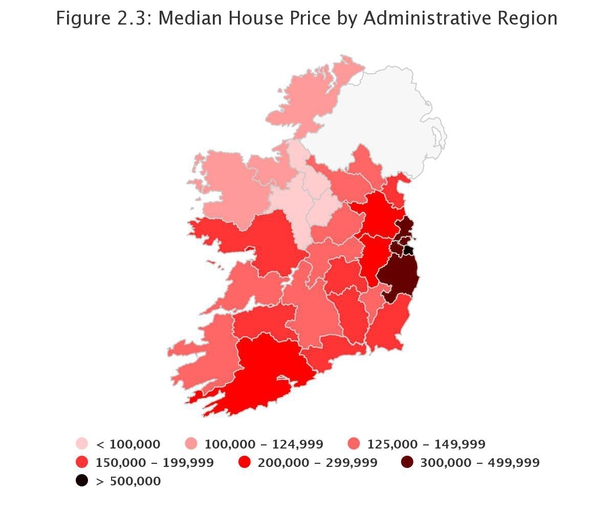