Washington's main concern about the rise of cryptocurrencies is to make sure they are not used for illicit activity, US Treasury Secretary Steven Mnuchin said today.

US Treasury Secretary also urged nations to join the US in regulating them.

"My number-one focus on cryptocurrencies, whether that be digital currencies or bitcoin or other things, is that we want to make sure that they're not used for illicit activities," he told the World Economic Forum in Davos, Switzerland.

"We encourage fintech and we encourage innovation, but we want to make sure all of our financial markets are safe," Mnuchin said.

"We want to make sure that the rest of the world - and many of the (Group of) 20 countries are already starting on this - have the same regulations," he added.

US-based platforms for bitcoin and other virtual currencies must comply with anti-money laundering rules, with around 100 such platforms registered with the US Treasury's Financial Crimes Enforcement Network.

The rules require them to file reports on suspicious financial activity.

But many other countries have no such requirements.

Bitcoin soared more than 1,700% last year to a record high, raising fears that the volatile emerging asset poses a risk to investors and the global financial system.

Regulators have also warned of risks that criminals may use the virtual currencies to store and transmit their ill-gotten gains, because they can be used anonymously. 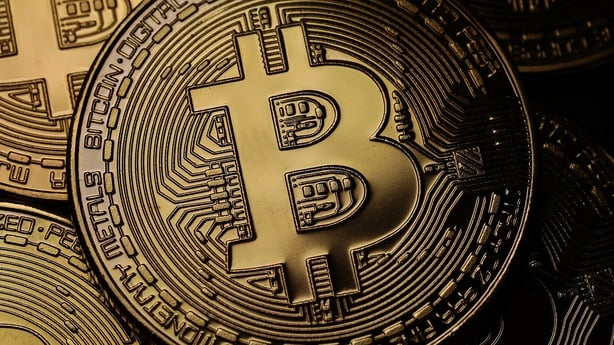 Several countries including South Korea and China have tried to slow trading of cryptocurrencies, and fears of a wider clampdown pushed bitcoin down nearly 20% last week.

Policymakers around the world are debating how to deal with the volatility of cryptocurrencies.

A senior Bank of Japan official said today that imposing global, across-the-board regulations on their trading won't be easy.

Christine Lagarde, head of the International Monetary Fund, said countries should take into account both the risks and benefits associated with the development of the cryptocurrencies in deciding whether and how to regulate the market.

"The anonymity and lack of transparency and the way in which it conceals and protects money laundering and financing of terrorism, is just unacceptable. It needs to be taken into account but then there will be innovations coming out of these movements," Lagarde told the Davos forum.

Larry Fink, chief executive of BlackRock, the world's biggest asset manager, told the forum that cryptocurrencies posed a systemic threat that needed to be dealt with globally.

He said they might be something he considered investing in but the crypto currency industry was "more an index of money laundering.