British Prime Minister Theresa May has told bankers from firms such as Goldman Sachs that they were a priority for her in the Brexit talks.

Her comments came just as new warnings emerged of job losses in the London financial sector unless there is a trade deal.

Theresa May's comments contrast sharply with her stance before last year's election when she made a point of showing voters she wanted to break with what some considered an overly cosy relationship between big business and the government.

"It was an encouraging, positive meeting," a banker briefed on the talks said.

"The whole point of the meeting was to say to us, look we know you feel we haven't prioritised you so far in the negotiations, but we will."

Last year, bankers complained that they were not being listened to by May's government as Britain prepared to leave the European Union, which is due to happen in March 2019.

As May plots Britain's course for Brexit, London's vast financial services industry is scrambling to prepare for losing access to the world's biggest trading bloc, the City of London's biggest challenge since at least the 2007-2009 financial crisis.

May met in Downing Street with some of Europe's most powerful financiers including Mark Tucker, the HSBC chairman, Axel Weber, the UBS chairman, and Richard Gnodde, chief executive of Goldman Sachs International.

The meeting focused on Brexit, how to make Britain a more attractive place for financial services and how to rein in executive pay, three people briefed on the talks said.

Barclays chief executive Jes Staley told May that Britain's tax regime is uncompetitive and more could be done to make it more attractive, sources said.

A spokesman for May said the executives asked for more clarity on the future relationship between Britain and EU and May asked them to emphasise the benefit of preserving London's position as Europe' financial centre.

The meeting came after London Mayor Sadiq Khan warned that Britain would be shunted into a "lost decade" of low investment and shed almost 500,000 jobs if it fails to agree a trade deal with the EU. 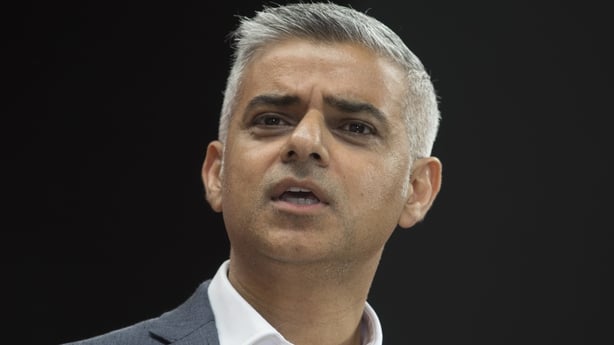 Khan cited research from the Cambridge Econometrics consultancy which showed that in a no-deal scenario, the industry that fares the worst will be financial and professional services, with as many as 119,000 fewer jobs nationwide.

London vies with New York as the world's financial capital. By far the biggest EU financial centre, London dominates the $5.1 trillion a day global foreign exchange market and hosts more banks than any other centre.

But other EU capitals see Brexit as an opportunity to grab business from London. The EU has already proposed that clearing of euro-denominated derivatives, done mainly in London, could move to the euro zone without a comprehensive Brexit deal.

A stand-off between Britain and the EU over future access to the single market for London's financial services industry is shaping up to be one of the key Brexit battlegrounds before Britain is due to leave the bloc in March 2019.

Many banks, insurers and other financial firms are enacting contingency plans to shift parts of their European operations to the continent because they are likely to lose the right to sell their products freely within the bloc from London.

Bloomberg reported that Germany would demand Britain pay for financial firms to have access to the EU market after Brexit, though EU officials said Britain would not be able to cherry pick its post-Brexit relationship.

A spokesman for May said Britain will not pay for market access.