TV3 is to be renamed as Virgin Media Television later this year as part of a rebranding campaign.

The rebrand is set to begin with the station's 2018 autumn schedule, with new names for each of the three channels in TV3's current line-up still to be confirmed.

Virgin Media acquired TV3 in December 2015, five months after Virgin's parent group - Liberty Global - bought the Irish-based TV station in a deal worth up to €87m.

The company had previously suggested a name change for the station was on the cards.

Since its buyout by Liberty Global, TV3 has had a number of significant business wins.

In November 2015, TV3 outbid RTÉ for the rights to broadcast rugby's Six Nations Championship for four years starting this year. 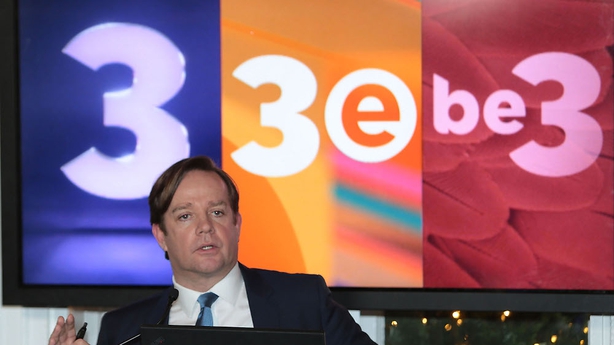 In July 2016, Virgin Media paid ITV €10m for UTV Ireland, which was subsequently rebranded as be3 and included in TV3's three-channel line-up.

At the end of 2016, TV3 outbid the national broadcaster again to secure the Irish broadcast rights to horse racing's Cheltenham and Aintree festivals from 2017-2020.

Then last March, the station secured the rights to broadcast England's qualifiers for the 2018 FIFA World Cup.