The Irish tourism industry is now worth an estimated €8.7 billion as the number of international visitors coming here continues to rise.

According to new figures from the Irish Tourism Industry Confederation, the country earned an estimated €6.5 billion from overseas tourism in 2017.

This included €4.9 billion spent by overseas visitors when in Ireland and €1.6 billion spent with Irish airline and ferry companies.

A total of €1.9 billion was generated in domestic tourism revenue and a further €300m earned from Northern Ireland visitors.

The Irish Tourism Industry Confederation, the umbrella group representing Irish tourism interests, said that expenditure by international visitors to Ireland was up 6% on the previous year.

It noted that the average spend per US visitor while in Ireland was €730.

Meanwhile, the tourism industry added another 25,000 new jobs in 2017 with the sector now employing 230,000 people nationwide.

But the UK market, Ireland's biggest source market, did show a sharp decline of 7% due to the impact of a weaker sterling after the Brexit vote.

The chair of the Irish Tourism Industry Confederation has called for more investment by State agencies in promoting Ireland as a destination for visitors from Britain.

Maurice Pratt said there was no room for complacency despite the growth in numbers visiting from the US and Europe.

But despite Brexit and capacity worries, Irish tourism businesses are positive about 2018 and the ITIC believes the industry can grow by a further 5% in overseas visitor numbers and 7% in export revenue. 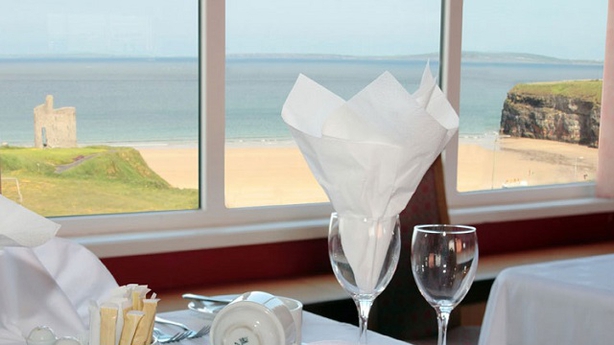 The ITIC said the industry has invested significantly in new hotels, routes, and attractions and has committed substantial sums to marketing and promotion with a key focus on the need to continue delivering good value for money.

The Government decision to maintain the 9% VAT rate on tourism services continues to support the country's competitiveness on the back of operating efficiencies and better value offerings from tourism businesses, it added.

On the issue of Brexit, ITIC CEO Eoghan O'Mara Walsh said the fact that the Common Travel Area has been retained and that there will be no hard border on the island are positives for Irish tourism.

"However Open Skies and a liberal aviation market are vital to secure in phase two of talks between the EU and UK," he added.

Mr O'Mara Walsh said that tourism has much more potential for Ireland, but only if the right strategies and investment policies are pursued.

ITIC believes that, based on anticipated tourism flows, at least a further 10,000 jobs can be created in the tourism industry in the year ahead.

"However the Government must support the marketing of Ireland as a tourism destination and increase investment in new tourism product development. It is one of the few industries that provides regional balance and delivers jobs in all parts of the country," he added.

Meanwhile, B&B Ireland, the industry body representing the B&B sector in Ireland, said its share of overseas visitors rose 18% to 361,084 in 2017.

"The B&B sector has performed extremely well in 2017, which is testament to the quality and competitiveness of our tourism product and industry," commented B&B Ireland's chief executive Helena Healy.

"As sterling and consumer confidence in the UK weakens due to the uncertainty over Brexit, it is more vital than ever that Ireland remains competitive," she added.