But Ryanair and a consortium of family-owned logistics firm Zeitfracht and maintenance group Nayak decided against an offer, they said.

"I can confirm that Niki Lauda handed in an offer (for Niki)," his spokeswoman said, declining to say how much he offered or whether he had teamed up with anyone.

Niki Lauda founded the airline in 2003.

Niki, a unit of Air Berlin, filed for insolvency last week after Germany's Lufthansa backed out of a deal due to competition concerns, grounding the airline's fleet and stranding thousands of passengers.

Niki's administrators, who had asked for binding offers by today, will assess the offers and present a proposal at a creditors' meeting on Friday, one of the administrators said.

"I hope that there will be a decision, or at least a decision in a certain direction, during the meeting," Lucas Floether said.

Ryanair decided not to bid because there was "insufficient clarity about Lufthansa aircraft leases to Niki which we couldn't resolve in time," the Irish carrier said.

Lufthansa, which still plans to buy other parts of Air Berlin, has already arranged with lessors to take on some of the Niki planes, which has drawn criticism from Lauda.

Lufthansa has said that it will honour conditions set out by the European Commission under which it must transfer planes to any alternative Niki purchaser, whether by transferring planes it has already leased to the buyer or offering to lease or sell planes it has purchased.

A spokesman for Zeitfracht said that while it was not bidding for the assets, it still wanted to cooperate with whoever ends up buying the unit of collapsed Air Berlin, without providing details. 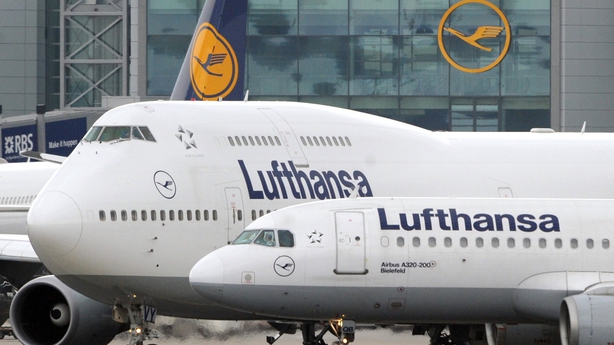 Lufthansa agreed to forego a number of slots at Duesseldorf airport to ease the Commission's competition concerns.

"Lufthansa has put forward improved remedies that make sure the effects of its LGW acquisition on competition are limited," Competition Commissioner Margrethe Vestager said in a statement.

The European airline industry has this year witnessed the demise of Monarch and Air Berlin, while Italian flag carrier Alitalia has filed for insolvency protection.