Walt Disney has agreed a deal to buy film, television and international businesses from Rupert Murdoch's Twenty-First Century Fox for $52.4 billion in stock.

The deal brings to a close more than half a century of expansion by Murdoch, 86, who turned a single Australian newspaper he inherited from his father at the age of 21 into one of the world's most important global news and film conglomerates.

Fox stockholders will receive 0.2745 Disney shares for each share held and will end up owning about a quarter of Disney.

Under the deal, expected to close in 12 to 18 months, Disney acquires 21st Century Fox's film and television studios, its cable entertainment networks and international TV businesses.

Those assets include some blockbuster Marvel superhero pictures that Disney did not already own and the "Avatar" and "X-Men" franchises, as well as hit TV shows such as "The Simpsons".

The acquisition will give Disney a new pipeline of shows and movies as it battles technology companies spending billions of dollars on programming shown online to siphon audiences away from traditional TV networks.

Analysts said the deal is the right move at the right time as the marriage of these assets creates a much more formidable Disney.

Immediately before the acquisition, Fox will separate the Fox Broadcasting network and stations, Fox News Channel, Fox Business Network, its sports channels FS1, FS2 and the Big Ten Network into a newly listed company that it will spin off to its shareholders.

The "new" Fox is intended to grow and focus on live news and sports, Fox said. 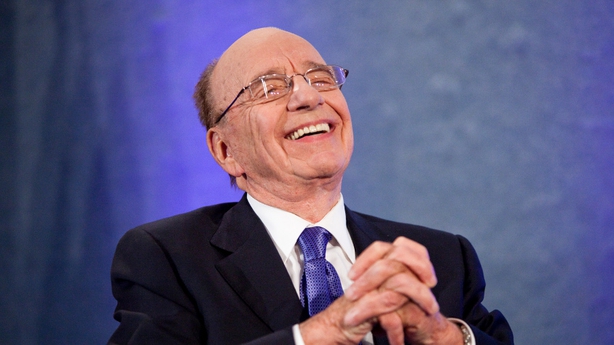 "It is born out of an important lesson I’ve learned in my long career in media: namely, content and news relevant to viewers will always be valuable," 21st Century Fox Executive Chairman Murdoch said in statement.

Disney Chief Executive Bob Iger, 66, will extend his tenure until the end of 2021 to oversee the integration of the Fox businesses.

He has already postponed his retirement from Disney three times, saying in March he was committed to leaving the company in July 2019.

Bob Iger said new technology would be necessary to meet the demands of viewers who want to access content anytime. Direct-to-consumer service is a top company priority, he added.

Under the terms of the deal, Disney will also assume about $13.7 billion of Fox's net debt.

Through Fox's stake in the Hulu video streaming service, Disney would assume majority control of one of Netflix's main competitors.

Hulu is also partially owned by Comcast and Time Warner.