Bitcoin futures eased back from an initial surge of almost 22% to trade 13% higher today, in an eagerly awaited US market debut that backers hope will confer greater legitimacy on the cryptocurrency and lead to its wider use.

Bitcoin futures were already offered on some unregulated cryptocurrency exchanges outside the US.

But the Chicago-based Cboe Global Markets' launch marked the first time investors could get exposure to the market via a mainstream regulated exchange.

The debut on Sunday night may have caused an early outage of the Cboe website. The exchange said that due to heavy traffic, the site "may be temporarily unavailable".

The one-month bitcoin contract opened trade at $15,460, dipped briefly before rising to a high of $18,700 and then slipped again.

The one-month future was up 13% in early afternoon trade from the open at $17,450, around $1,000 higher than the "spot" bitcoin price - the price at which bitcoin is currently being bought and sold.

In just over 12 hours after the launch, 2,780 contracts had been traded, meaning around $48.5m had been notionally invested.

That compares with daily trading volumes of more than $20 billion across all cryptocurrencies, according to trade website Coinmarketcap.

Just 13 trades of the two-month contracts had been traded.

Analysts said that it will take time for derivative volumes to build up, but eventually if they prove to be a significant percentage of the global trade, they should in theory help stabilise things.

Most fund managers at mainstream asset management firms and other institutional investors say they will not be lured into the market by the launch of the futures. 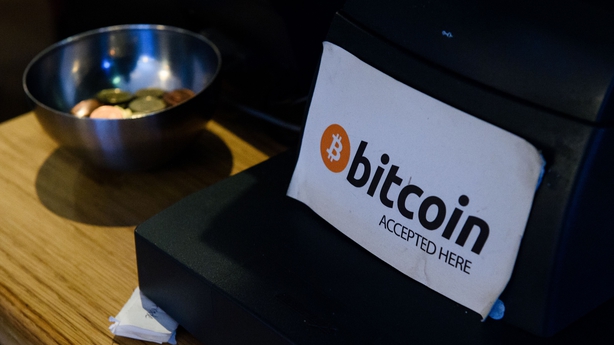 Experts had worried that the risks associated with the currency's Wild West-like nature could overshadow the futures debut. Bitcoin tumbled 20% in 10 hours on Friday.

The futures are cash-settled contracts based on the auction price of bitcoin in US dollars on the Gemini Exchange.

This exchange is owned and operated by virtual currency entrepreneurs and brothers Cameron and Tyler Winklevoss. Bitcoin was quoted at $16,674 on the Gemini exchange.

While bitcoin's price rise mystifies many, its origins have been the subject of much speculation.

It was set up in 2008 by someone or some group calling themselves Satoshi Nakamoto, and was the first digital currency to successfully use cryptography to keep transactions secure and hidden, making traditional financial regulation difficult if not impossible.

Central bankers and critics of the cryptocurrency have been ringing the alarm bells over the surge in the price and other risks such as whether the opaque market can be used for money laundering.

"It looks remarkably like a bubble forming to me," the Reserve Bank of New Zealand's Acting Governor Grant Spencer said over the weekend.

"We've seen them in the past. Over the centuries we've seen bubbles and this appears to be a bit of a classic case," he added.

Many investors have stood on the sidelines watching its price rocket.

However, it is possible to buy bitcoin without having to spend the full price of one coin. Bitcoin's smallest unit is a Satoshi, named after the elusive creator of the cryptocurrency.

Somebody who invested $1,000 in bitcoin at the start of 2013 and had never sold any of it would now be sitting on around $1.2 million.

Heightened excitement ahead of the launch of the futures has given an extra kick to the cryptocurrency's scorching run this year.

The CME Group is expected to launch its futures contract on December 17.

Bitcoin fans appear excited about the prospect of an exchange-listed and regulated product and the ability to bet on its price swings without having to sign up for a digital wallet. 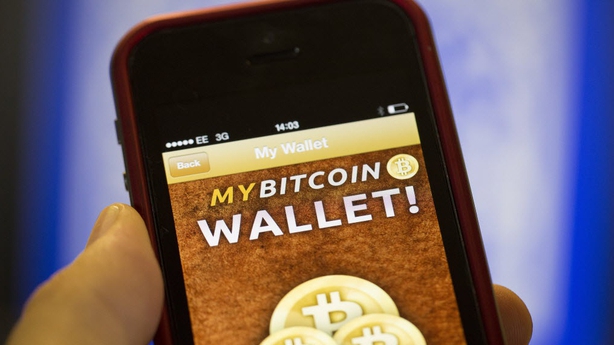 Others, however, caution that risks remain for investors and possibly even the clearing organisations underpinning the trades.

The launch has so far received a mixed reception from big US banks and brokerages, though.

Several online brokerages, including Charles Schwab and TD Ameritrade Holding, did not allow trading of the new futures immediately.

The Financial Times reported on Friday that JPMorgan Chase & Co and Citigroup would not immediately clear bitcoin trades for clients.

Goldman Sachs said last week it was planning to clear such trades for certain clients.

Bitcoin's manic run-up this year has boosted volatility far in excess of other asset classes. The futures trading may help dampen some of the sharp moves, analysts said.