Europe's largest development bank, the European Investment Bank, has laid out plans for a new subsidiary.

This new subsidiary will focus solely on non-EU projects that it hopes could also keep some of Britain's billions in the bank after Brexit, European Union sources said.

The outline of the new offshoot, which would initially focus on countries fuelling Europe's migrant crisis and lend around €7-8 billion a year, was given to EU finance ministers at their meeting in Brussels earlier this week.

A working group will now be formed to provide a more thorough examination by early next year, so that it can be factored into the first round of discussions on the EU's next seven-year spending cycle which starts in 2021.

"Nearly two-thirds of (EU) member states spoke in the meeting and in principle the reaction was positive, i.e. let's go on with the discussion," said one source who spoke on the condition of anonymity.

"It is at the very early stage so they asked for more information... but the idea is that it will be a way to bundle Europe's external development policy to make it more efficient than it is today," the source added.

Two other sources confirmed the proposals and the plan to mainly work - initially at least - in countries at the source of the recent EU immigration flood.

Build better infrastructure and creating jobs should help to boost the appeal of staying put.

What the EIB is also hoping for is that the EU's bigger national development banks will also be involved in the new arrangement.

"No amount of public money is going to be enough to help meet the Sustainable Development Goals. We need to focus on 'crowding-in' private sector finance," the person added.

"Consensus in EU countries is that one of the most effective ways to tackle the migration issues is to deal with it at the point of origin," said a second EU source.

Another crucial element to the plan's chances of success could also be Brexit negotiations.

The European Investment Bank currently invests between €70-80 billion a year, with around 10% or €7-8 billion of that spent outside of the EU from central Africa to Argentina in Latin America. 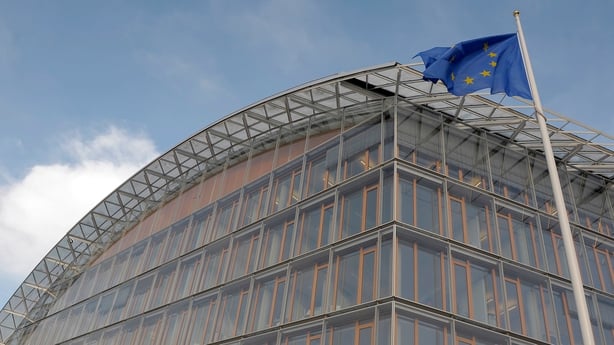 This is the money that would be redirected into the new EIB subsidiary but there could be a snag.

The UK's departure from the EU is expected to see it take its 16% stake in EIB leaving a hole of up to €9 billion in its finances.

The complex web of long-term projects means Britain might have to wait decades to get all its EIB money back.

However the sources said the new subsidiary may be a way for the UK to keep at least some of its money in.

"It could be a way for the UK to continue engaging in development projects together with the EIB after Brexit," one source said pointing to the model could be the European Investment Fund (EIF) which is already open to non-EU members.

Britain's finance minister Philip Hammond, was in Brussels for the ECOFIN meeting where the proposals were laid out.

In a speech in June, he said it may be "mutually beneficial" to maintain a post-Brexit relationship between the UK and the EIB.

Asked by Reuters for a comment on the new proposals, a UK Treasury spokesman said: "The UK's future relationship with the EIB will be determined as part of the negotiations on our exit from the EU."

Though most countries were generally positive on the plan, one source said there were some concerns it could dilute the influence EU member states and the Brussels-based European Commission have in international development spending.

Another potential issue is that it could lead to a turf-war with the smaller, London-based, European Bank for Reconstruction and Development, which the EU states and the EIB itself are also shareholders in.

It invests around €10 billion a year in total but Turkey, which is central to the EU's migrant crisis, is now its biggest market and it also works in other countries in the nearby region like Egypt, Jordan and Lebanon.

"Clearly we should avoid overlaps," the first EU source said. "It (new EIB subsidiary) should really lead to more efficiency and more synergies."

What the EIB is also hoping for is that the EU's bigger national development banks will also be involved in the new arrangement.

"No amount of public money is going to be enough to help meet the Sustainable Development Goals. We need to focus on 'crowding-in' private sector finance," the person added.