The Australian government said it will hold a wide-ranging inquiry into a scandal-hit finance sector.

It said an inquiry was needed to restore public confidence as it reversed its long-held opposition amid mounting political pressure.

The year-long Royal Commission, which will look at the conduct of banks, pension funds, insurers and other financial services firms, will have the power to compel witnesses and recommend criminal charges.

It has the potential to be far more embarrassing for the industry than the regular parliamentary questioning of bank CEOs.

Prime Minister Malcolm Turnbull has instigated these sessions in response to public outrage over scandals ranging from misleading financial advice to breaches of anti-money laundering rules.

"Uncertainty over the potential for such an inquiry is starting to undermine confidence in our financial system and, as a result, the national economy," Turnbull said.

"This is essentially a regrettable but necessary action. The political environment has created a sense of inevitability," he added.

The inquiry, which must report back by February 2019, will examine any conduct which "falls below community standards and expectations" and whether remuneration or governance practices have encouraged it, according to draft terms of reference published by Turnbull's office.

Analysts said the inquiry will be costly and take up a lot of time of senior people.

Others noted it would become more challenging for the banks to raise mortgage rates to meet regulatory requirements for higher levels of reserve capital while the inquiry was being conducted.

Among Australia's "Big Four" banks, Commonwealth Bank of Australia saw its shares fall the most on the news, losing 1.9%. 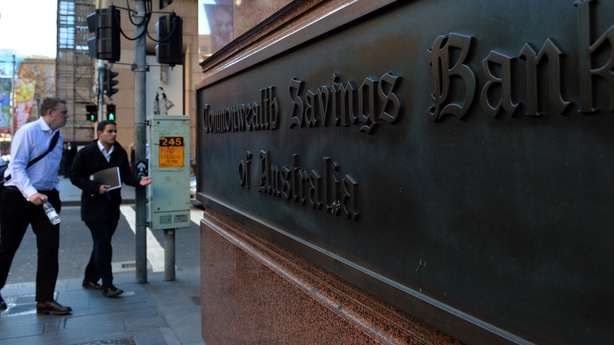 It is facing a civil lawsuit from the federal anti-money laundering agency, which accuses it of enabling more than 50,000 payments of criminal proceeds. The bank is defending the matter, saying the payments occurred but blaming a computer glitch.

Two people at separate banks with knowledge of planning said lawyers had already been appointed to deal with the Royal Commission.

The banks would likely create dedicated teams to lead their response over the next 12 months, drawing on expertise in their legal, retail, institutional, mortgage pricing and communications teams, the sources said.

The commission, which will be headed by either a former or serving judge yet to be named, will be able to make wide-ranging recommendations including changes to legislation.

A Royal Commission in 2001 that looked into the collapse of the country's second-biggest insurer, HIH Insurance, led to criminal convictions and prison sentences.

It won't, however, have the power to order firms to pay compensation in relation to individual cases.

The government had until now argued against an inquiry into the banks on the grounds that existing regulation was working and it would be distracting and undermining to an industry central to the world's 12th largest economy.

While the banks had vocally campaigned against a Royal Commission for years, the heads of the major lenders today published a joint letter saying one was now in the national interest.

"We now ask you and your government to act to ensure a properly constituted inquiry into the financial services sector is established to put an end to the uncertainty and restore trust, respect and confidence," said the letter, addressed to Treasurer Scott Morrison.

Several of the banks later issued individual statements promising to cooperate with the inquiry.

But the pension fund lobby, the Association of Superannuation Funds of Australia, said it was disappointed its industry was included in the inquiry since it had already faced a "plethora of never-ending inquiries, reviews and regulation".