Euro zone business growth is roaring ahead as the year draws to a close, surveys showed today, supporting the European Central Bank's move last month to announce a slowing down of its monetary stimulus.

Surveys covering both the services and manufacturing industries outshone even the most optimistic forecasters in Reuters polls - indicating growth is broad-based.

An earlier survey from Germany showed Europe's largest economy shifted into an even higher gear in November as factories churned out goods at the fastest pace in nearly seven years.

France's equivalent confounded economists' expectations for a slowdown and activity grew at the fastest pace in six and a half years this month as recent labour reforms pushed firms to add staff quicker than at any time since 2001.

The euro zone has emerged as the surprise economic star of 2017, with growth rates outpacing its peers. 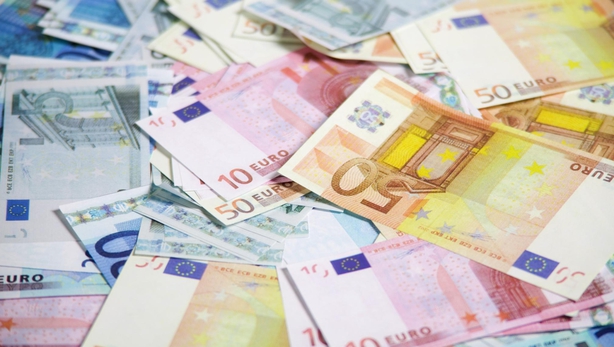 IHS Markit's composite flash PMI for the euro zone jumped to 57.5 this month, its highest since April 2011 and smashing the median forecast in a Reuters poll for no change from a final October reading of 56.

Anything above 50 indicates growth.

December looks like it will be busy, too, with a new business index rising to 56.9 from 56.6, a near seven-year high.

IHS Markit said the PMI, if maintained, points to fourth quarter growth of 0.8%, outstripping the 0.5% predicted in a Reuters poll earlier this month.

Britain's overall economic growth sped up moderately in the third quarter but was only a tepid 0.4%, official figures showed today.

UK households increased the pace of spending but business investment grew more slowly, suggesting caution among companies ahead of Brexit.

In contrast, rising business investments, alongside exports, were the main drivers of growth for the German economy last quarter, data showed today, signalling the robust upswing will extend well into next year.

Accelerating growth in the euro zone, alongside increasing price pressures, will be welcomed by policymakers at the ECB who last month took a step towards weaning the euro zone off loose money.

Meanwhile, a PMI covering the bloc's dominant service industry also beat all expectations in a Reuters poll, rising from October's 55 to a six-month high of 56.2 and comfortably above the median forecast for a very modest increase to 55.1.

Euro zone manufacturers also had a much better month than anyone polled expected.

Their PMI climbed to 60 from 58.5, the second-highest reading since the index was first collected in June 1997 and only surpassed in April 2000.

An index measuring output, which feeds into the composite PMI, jumped to a near seven-year high of 60.8 from 58.8.

With new orders coming in at the fastest rate since April 2011, factories built up backlogs of work and stockpiled raw materials.

Yet despite jacking up employment at the fastest rate in the survey's more than 20-year history, with the sub-index rising to 57.9 from 57.3, delivery times grew.