Permanent TSB has been accused of "taking a huge part" of families' lives away, leaving them "sick to the pit of their stomachs" with financial worry after the bank falsely charged extortionate mortgage interest rates.

Four bank customers have set aside their anonymity and appeared before the Oireachtas Finance Committee to explain the effects of the tracker mortgage scandal, where they were charged the wrong interest rates.

Hazel Melbourne, a PTSB customer, told the committee: "Permanent TSB will never be able to compensate us as a family. They have taken a huge part of our lives away from us. 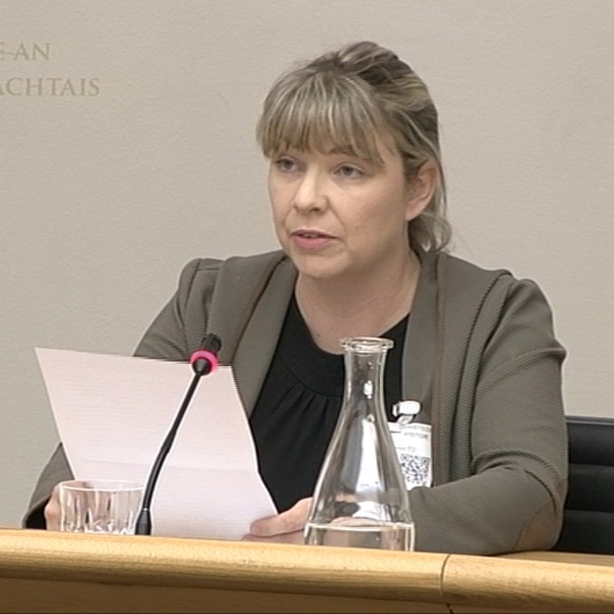 "For six years we had no control over our finances, our destiny and we are still suffering the consequences of this.

"To think that month after month, we were overcharged an extortionate amount and struggling to manage what was left of our finances, blaming ourselves and suffering horrific stress as a couple.

"Then to find out by a letter six years later that it was all down to so-called error made by our bank, to be honest it was inconceivable and still is.

"We are sick to the pit of our stomachs to think that all we had been through was avoidable. There was no need for our future to have been changed as it now has. It just feels like they are a giant cartel.

Padraic Kissane, a financial consultant who is campaigning for the return of tracker mortgages to customers, told the committee: "We have had enough of the banks saying 'we are looking to do right by our customers', enough of hollow apologies, enough of introducing rates that were never a tracker in the first place and most of all we have had enough of banks holding money that does not belong to them."

He descried the "tracker debacle" as "financial abuse on a grand scale", which was designed to take away customers contractual rights.

Home owners wrongly taken off tracker mortgages tell an Oireachtas committee of the devastating effects they suffered as a result pic.twitter.com/cPEFmTaGPV

Sinn Féin TD Pearse Doherty asked Mr Kissane if his confidence in the Central Bank to hold the banks to account had been shaken in the last few months.

He cited examples of banks not restoring people onto the correct rate.

Mr Doherty said that a Law Commission Report dating from 2005 allows for a class action to be taken and he hoped that would be the case.

Mr Kissane said he has confidence in the Central Bank's process. He said they had arrived late to the process but the Central Bank is "absolutely grasping it" and they will go after the banks.

Over 30,000 homeowners may end up being restored to tracker mortgages and compensated, Mr Kissane said.

Another affected customer, Thomas Ryan, told the finance committee that "even though there has been partial redress, my family have suffered enormously due to the stress caused. 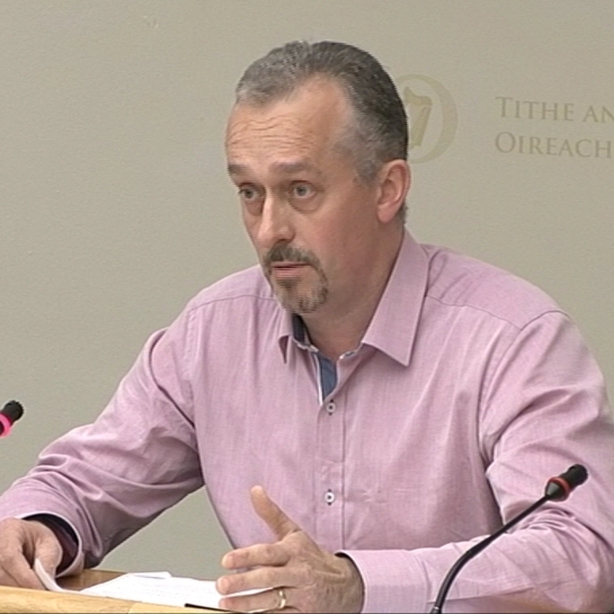 "I myself suffered a stroke in 2013 with lasting consequences to my life family and work. My wife Claire suffered a nervous breakdown in 2015, losing her ability to speak and being hospitalised.

"This was a horrific experience, not only for Claire herself but also our children as she went through long periods nervously stuttering and stammering without uttering an understandable word."

Ulster Bank customer Niamh Byrne said she took out a mortgage with Ulster Bank in April 2006 and in July of that year she decided to fix her mortgage as she was a non-permanent teacher at the time.

In 2008 when the fixed period ended, she contacted the bank and asked when she would be put onto her tracker and they said they were going to put her on a variable rate.

Ms Byrne has a MA in Economics and could see house prices were falling and knew that if she went into negative equity she would not be able to move her mortgage. So she moved the mortgage to AIB.

Ulster Bank would not allow her to move back to the tracker.

In 2012 she realised Ulster Bank was allowing people to move with their tracker so she ended up in a lengthy dispute with Ulster Bank through the Financial Services Ombudsman.

She outlined the difficulties she experienced with the bank: "Today, it's nine years, two months and 28 days since this happened.

"The whole of my 30s has been spent in this situation and it looks like there is no end to it. It has been extremely stressful and had a huge impact on my finances."

"That has to change and that is down, in my opinion, to the Central Bank."

Mr McGuinness said that the next step "is the Central Bank and we will carry your stories into that hearing".

Speaking to reporters outside Leinster House following the meeting, mortgage holder Helen Grogan said: "What I am most upset about is the fact that the banks have been able to change their terms and conditions, change what a tracker mortgage means just to suit themselves.

"And the impact for me is that I am going to have to work well beyond retirement age in order to pay off my mortgage."

"I estimate that I will be over-paying about €18,000 over the course of my mortgage which if I had, I would be able to retire at the normal retirement age."