Pfizer is considering the sale or spin-off of its consumer healthcare business, shaking up the industry and potentially putting a headache pill to lip balm operation worth some $15 billion up for grabs.

The move comes as Germany's Merck is also looking to divest its non-prescription products, including brands such as Seven Seas vitamins, which could be worth around $4.5 billion.

As ageing populations and health-conscious consumers drive demand for self-medication, the fragmented consumer health sector has proved a fertile ground for deal-making in recent years.

Although consumer remedies sold over the counter have lower margins than prescription drugs, they are typically very long-lasting brands with loyal customers.

Pfizer's consumer healthcare business, whose brands include painkiller Advil and lip balm Chapstick, had revenue of about $3.4 billion in 2016.

Industry experts said it could fetch some four times sales, implying a potential value of just under $14 billion, although two healthcare sector bankers said Pfizer was aiming for at least $15 billion.

People familiar with the matter said Swiss food giant Nestle could be among those interested, along with existing manufacturers of over-the-counter (OTC) treatments and private equity firms.

Pfizer, said it would decide on the future of its consumer unit during 2018. Reuters first reported last November that a divestment of the business was under consideration.

Established consumer health companies that may be interested in the Pfizer assets include Reckitt BenckiserL, Procter & Gamble, GlaxoSmithKline, Johnson & Johnson and Abbott.

They could be joined by Nestle, which is exploring the boundaries between food and healthcare.

Nestle's new CEO Mark Schneider told investors last month it would keep identifying new opportunities and that 10% of group sales could be ripe for portfolio adjustment.

A second person familiar with the matter said Pfizer expected a "broadening" of buyer interest to include Nestle.

Bayer and Sanofi  may be less likely to bid, despite their consumer health presence, given they are busy absorbing Monsanto and Boehringer Ingelheim's consumer business respectively.

In explaining the thinking behind the review, Pfizer's chief executive Ian Read said consumer healthcare was connected but not integral to its core prescription drug business. 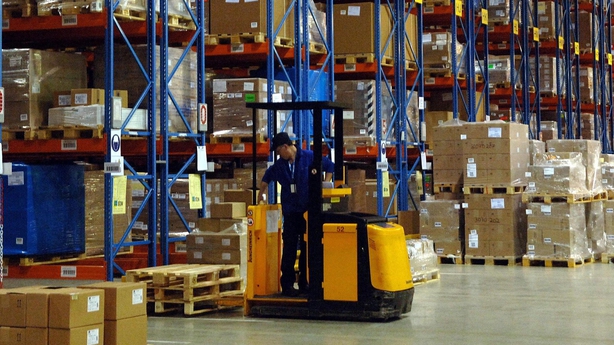 "Although there is a strong connection between consumer healthcare and elements of our core biopharmaceutical businesses, it is also distinct enough from our core business that there is potential for its value to be more fully realised outside the company," he said.

Options to be considered include a full or partial separation through a spin-off, sale or other transaction. Pfizer may also ultimately decide to keep the business.

The Pfizer business includes two of the 10 top-selling consumer healthcare brands globally in Advil and the multivitamin line Centrum.

A Pfizer exit from the consumer health business would be one of its biggest corporate moves since abandoning a $160 billion deal to buy Allergan last year.

It also tried and failed to buy AstraZeneca in 2014.

Since then there has been persistent speculation that Pfizer is scouting for another major deal, with a bid for cancer specialist Bristol-Myers Squibb widely tipped as an option.

However, the first source said the consumer healthcare review and the amount of cash it would raise was "irrelevant" to a possible takeover of Bristol-Myers, which has a market value of $105 billion.