KBC Bank Ireland has announced a new 10-year fixed mortgage offering which it said will provide "greater value and certainty" for customers over the long term.

From October 2, customers with a loan to value ratio of less than 60% can fix the interest rate on their mortgage for 2.95% for ten years.

KBC Bank said the new rates are available to both existing and new mortgage customers, whether they are currently on a variable rate or arrive at the end of an existing fixed term rate.

"With the introduction of these new market leading 10 year fixed interest rates customers can get certainty about their mortgage repayments over the long term at a rate that is as low as many short term fixed rates," Mr Lennon said.

The move comes as KBC said that 70% of all customers drawing down a mortgage in the last three months opted for a fixed rate. 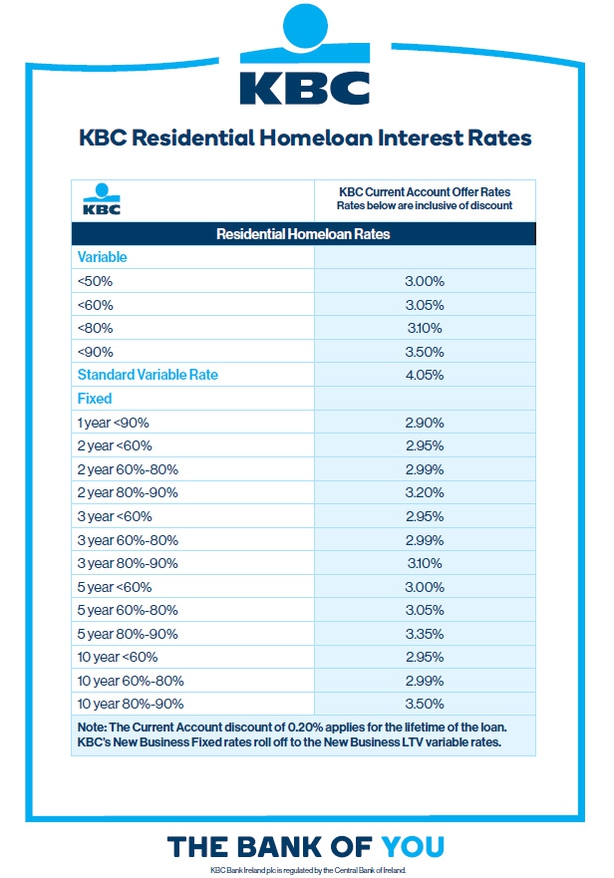