UK budget airline EasyJet has launched a new booking platform to allow customers to more easily connect onto long-haul flights with other airlines, moving ahead of its rivals in a potentially lucrative market.

Both EasyJet and Ryanair have for some time been looking at so-called feeder flights to attract more customers.

The two airlines have often said that traditional carriers should use low cost rivals to bring passengers to their hubs.

The move is an attempt to muscle into the market for connections at international hub airports currently dominated by the big global airline alliances - Oneworld, SkyTeam and Star Alliance.

EasyJet passengers will be able to buy other airlines' flights on easyJet.com and will also initially be able to connect onto long-haul flights provided by Norwegian Air Shuttle and WestJet at London Gatwick using the airport's Gatwick Connect scheme.

Mr Duffy said that EasyJet wanted a slice of that market.

"This will open up lots of new competition for long-haul travel and will drive prices down," he added.

In January, Ryanair said it hoped to start offering connections to long-haul flights from Norwegian and Aer Lingus from May, but later said that would more likely be from September.

The move also increases pressure on British Airways at Gatwick, analysts said, where it lacks the short-haul feed for its intercontinental routes.

Norwegian, one of the low-cost carriers shaking up the transatlantic market, said it hoped the deal would boost its long-haul ticket sales.

"For us this is a great opportunity to increase passenger traffic on our long-haul routes from Gatwick. It is an additional sales channel for us," a spokesman said.

The Gatwick Connect scheme allows passengers to pick up their bags and drop them off at a transfer desk before going through security for their next flight. Passengers will have a minimum two and a half hour connection time. 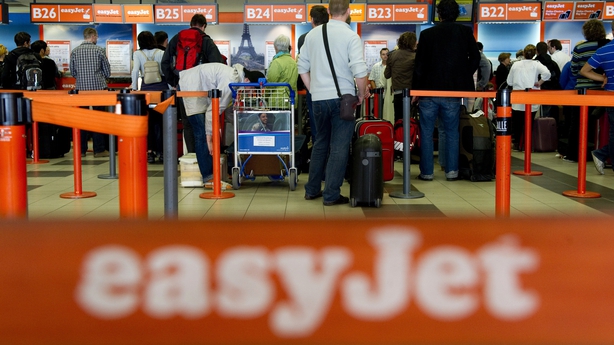 EasyJet said it did not expect any additional costs as a result of the new service.

Aviation consultant John Strickland said the deal would make customers' lives easier, but as EasyJet already operated very full planes, it was more a case of topping up business where available.

"Importantly for EasyJet it won't pick up the tab for any missed connections or baggage disruptions," he added.

EasyJet also said it was in talks with carriers in the Middle East and Asia about joining the scheme, which would expand into other airports in Europe.