Volkswagen Ireland is introducing a scrappage scheme of up to €6,500 for people trading in an older diesel car for one of its new models across its brands.

The new scheme is part of efforts by the group to undo the damage of the diesel emissions scandal.

People will be able to trade-in the vehicle to benefit from incentives - ranging from €800 to €6,500 - against a range of Audi, SEAT, Skoda and Volkswagen cars and commercial vehicles, if the vehicle is ordered by 31 December 2017.

The trade-in vehicle needs to have been owned by the customer for at least six months.

The move comes as tougher emissions-testing regulations come into force in the European Union from today.

Meanwhile, a top executive of the German car maker said the company expects to boost its sport-utility vehicle sales sharply by 2020 and will move to add electric vehicle offerings in the wake of its diesel emissions cheating scandal.

Herbert Diess, who heads the mass market Volkswagen brand, said the world's largest carmaker by sales expects SUVs to account for 40% of its global sales, up from less than 15% today.

Volkswagen is building about 400 Atlas SUVs a day at its Chattanooga, Tennessee, plant, or a pace of about 100,000 a year, but will eventually be able to build 800 a day, the plant manager, Antonio Pinto, said.

Volkswagen has been shifting its focus in the US from marketing compact cars and midsize sedans to promoting larger, US-built SUVs such as the Atlas.

He said the Chattanooga plant has room to grow and suggested the company could eventually add electric vehicle production in Tennessee. 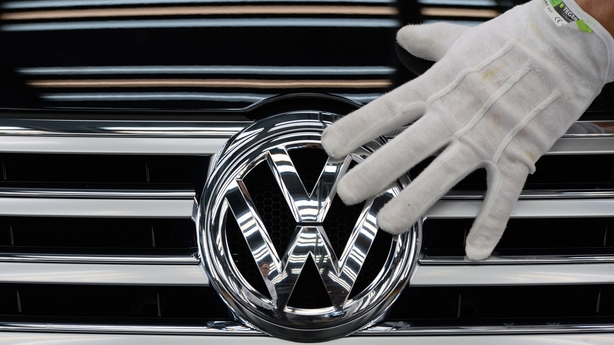 VW in 2009 vowed to more than triple US brand sales by 2018 to 800,000 vehicles a year but abandoned that goal after sales setbacks and a scandal over diesel emissions cheating.

As part of its diesel emissions settlement, Volkswagen has agreed to add at least three additional electric vehicles, including an SUV, in California by 2020 and must sell an average of 5,000 electric vehicles annually there through 2025.

Diess said VW plans a completely new electronic architecture for its electric vehicles that will be upgradable, connected to the mobile web and more competitive with electric vehicle market leader Tesla.

As for the diesel scandal, Diess said, "We are recovering."

Volkswagen pleaded guilty in March to rigging emissions tests, and agreed to spend up to $25 billion to address claims from US owners, environmental regulators, states and dealers, and buy back about 500,000 polluting US vehicles.