Ongoing uncertainty over Brexit negotiations as well as strong investor confidence pushed the euro through the 93-pence barrier against sterling for the first time in eight and a half years today.

The last time the single currency was as strong against the pound was in March 2009.

By 12.45pm one euro was worth £0.93, up nearly half a percent on the day, however, it has since fallen back slightly with the euro hovering slightly below the 93-pence level.

The euro has just broken through the 93-pence barrier against sterling for the first time since March 2009. It's gained 21.5% since #Brexit pic.twitter.com/cRDjmrZ69q 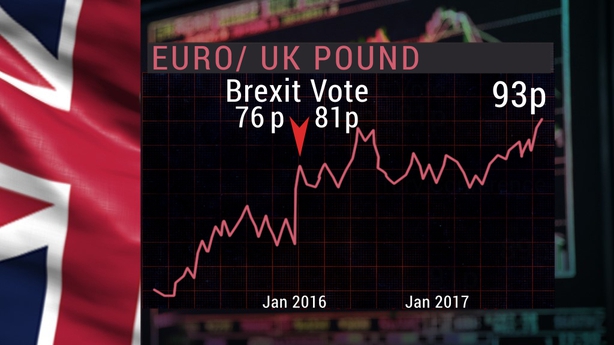 The highest the euro has ever been against sterling is £0.9561, a level it reached in December 2008.

Sterling falls to 93p against the euro. Negative for exporters positive for importers. @rtebusiness

Last week the euro broke through the 92-pence barrier, reaching its highest level since October 2009.

The Irish Exporters Association said the continuing weakness of sterling has "serious implications" for the industry. 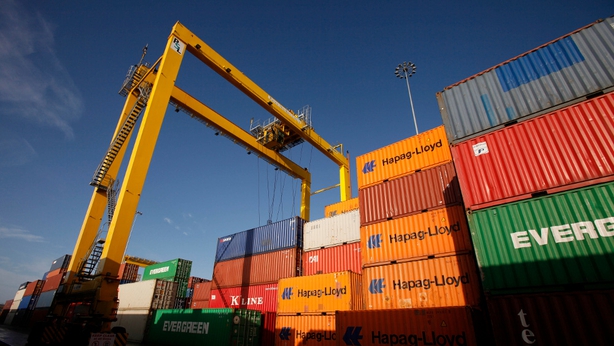 The Association's Chief Executive Simon McKeever said: "Compared to the euro-sterling exchange rate when the UK referendum took place in June 2016, the harsh reality is that Irish exports to the UK are now 21% more expensive.

"A considerable number of our members who export the UK would have hit the point of pain at £0.85.

"A third of our members surveyed have 0% of their next 12 months receipts hedged and they either have to absorb the cost, hitting their profitability, or increase prices, affecting their competitiveness," he added.

Helping the euro's rise has been a general sell-off in the dollar against its major rivals.

Brewing US fiscal problems and strong euro zone investor confidence have helped euro break through the $1.20 barrier for the first time in over two and a half years.

Shortly after 3pm, the single currency was trading at $1.2012 - up nearly a third of a percent on the day.

The last time the euro was this strong against the US dollar was in January 2015, while it was as low as $1.06 as recently as April.

The shift has been fuelled by financial market concerns over the fiscal situation in Washington, with deadlines looming in late September and early October on the US budget and the federal debt ceiling.

President Donald Trump has stoked anxieties by threatening to shut down the government if Congress does not fund his US-Mexico border wall.