There was a rise in the number of SMEs being rejected by banks for credit during the first three months of the year, according to new figures from the Central Bank.

Despite an overall rise in the level of lending to SMEs, the rejection rate on bank finance applications increased from 11% to 13% between Q1 of this year and the same period in 2016.

Firms with fewer than 50 employees were worst affected, with medium-sized firms (50-249 employees) seeing a drop in rejection rates. 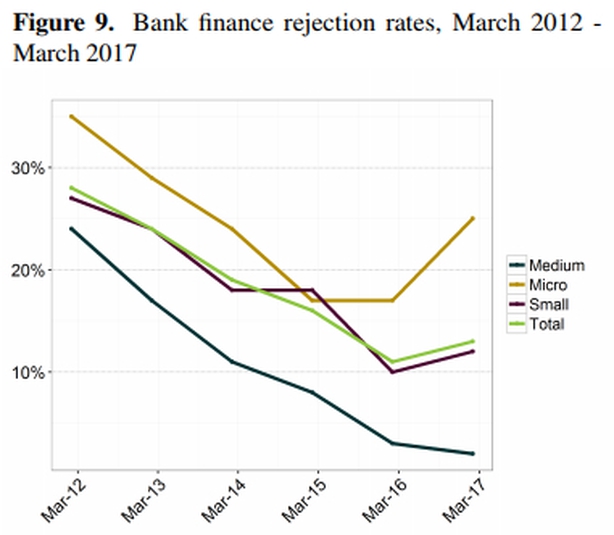 SME default rates are highest in the construction and hotels & restaurants sectors, and lowest in manufacturing.

Geographically, SME default rates are highest in the West and Mid-West of the country.

According to the regulator’s report, outstanding credit issued to SMEs continues to contract, declining by 8.2% to €16.6 billion in Q1.

Despite the rise in the rejection rate in Q1, the Central Bank figures also show new lending to SMEs increased by 32% to €3.6 billion during the first three months of the year when compared with the same period in 2016.

This is significantly higher than the first three months of the years between 2010 and 2013, when lending to SMEs ranged between €2 billion and €2.5 billion. 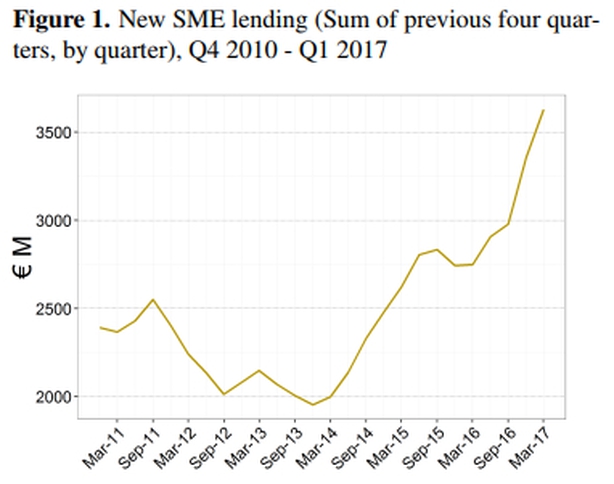 The growth in funding during the first quarter was broad-based across the economy, with manufacturing and the wholesale & retail sectors experiencing particularly strong growth.

Despite a drop in the level of lending to SMEs by banks, the three main lenders (AIB, Bank of Ireland, and Permanent TSB) still account for 82% of new lending flows for the sector.