New figures from SIMI show that new car registrations for the month of June are down 14% to 1,397 compared to a figure of 1,623 the same month last year.

SIMI said that the number of light commercial vehicles registrations decreased by 21% in June, while they are 14% lower so far this year.

Heavy commercial vehicles sales are also showing a decline of 18% for the month, while they are down 11% for the year to date. 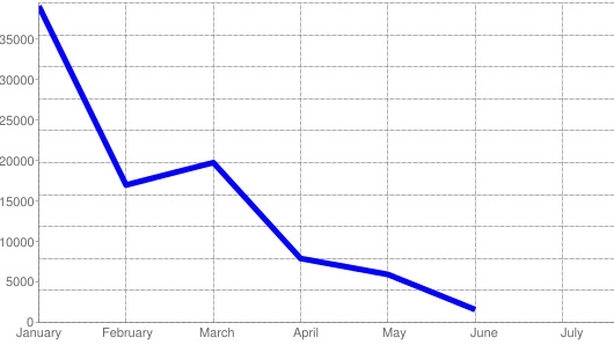 According to SIMI, the top selling car brands so far this year were Volkswagen, Toyota, Hyundai, Ford and Nissan.

And the five top selling cars so far this year were the Hyundai Tucson, Nissan Qashqai, Skoda Octavia, Volkswagen Golf and Ford Focus.

SIMI's director general Alan Nolan said that as expected, the first half of the year has seen a decline in registrations in all sectors.

Mr Nolan said that as the industry now turns to the 172 registration plate, he anticipates that sales in the second half of the year should keep it on track to reach the 132,000 total that it had predicted at the start of 2017.