The Taoiseach has said that with unemployment close to 6%, Government labour policy will increasingly focus on increasing workforce participation.

Leo Varadkar made his comments in an address to the National Economic Dialogue at Dublin Castle this morning.

Mr Varadkar said the available Fiscal Space will be limited, reflecting the full-year cost of commitments in Budget 2017, including welfare increases, the public service pay agreement and pre-announced tax cuts.

But he added the Government still wants to be ambitious, especially over a multi-annual budget framework.

While we have recently seen small falls in child poverty and inequality, Mr Varadkar said their levels were nowhere near pre-crisis levels.

He also offered a financial boost to pensioners, saying that he wished to index pension entitlements to the cost of living so there will be no erosion of real value.

"Work and tax system must reward work and enterprise," he stated. 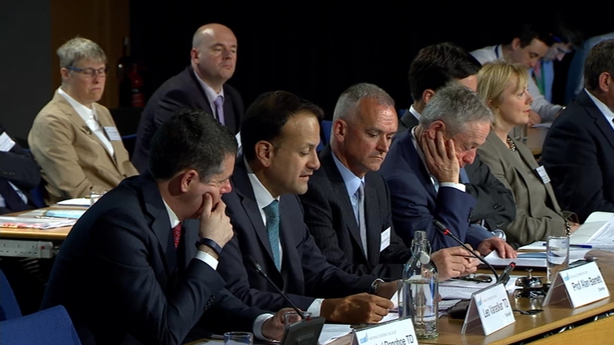 On Brexit, Mr Varadkar said the issue is taking up an enormous amount of Government time.

"We want the closest possible relationship between the EU and UK - and to keep the door open in case the British people have a change of mind," he stated.

He said the Government will make a strong case at EU level that Ireland will need support for "serious disturbance to our economy".

The Taoiseach also strongly indicated the Government will take a more aggressive approach to getting better value for money from the €53 billion in voted budget spending.

He said there was "hidden fiscal space" in that figure, which could be freed up by finding money that is not being well spent, and possibly reallocating money away from programmes that are not delivering on what they are intended for.

"We have in this year's Budget voted spending of €53 billion. Are we sure they all represent best use of resources - if 1% of this money was changed we would have €530m extra. This is the hidden fiscal space and we need to examine this as the cost of doing nothing is too great," the Taoiseach stated.

The Department of Public Expenditure and Reform is leading a spending review that will be published before the summer recess, attendees at today's event were told.

"Dialogue should take this into account. Often existing resources can be allocated more efficiently. And when increased resources don't produce increased outcomes it is often due to inefficiency and not lack of resources", Mr Varadkar said.

The Minister for Finance and Public Spending said avoiding the policy mistakes of the past is not simply a job for politicians but applies to everyone involved in shaping public policy.

"We hear again and again the cry we cannot repeat the mistakes of the past - but this is not just about public representatives, it goes well beyond that," Paschal Donohoe said. 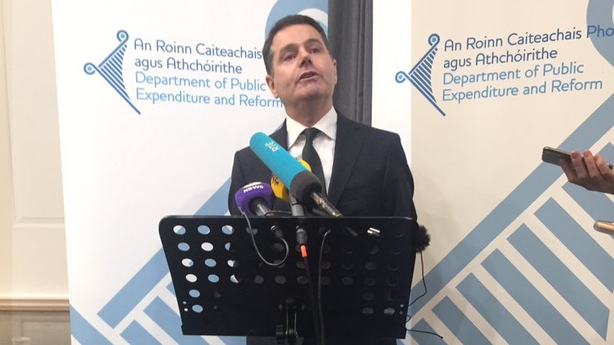 Minister Donohoe said there has been much discussion about what the fiscal space will be for next year.

The Government soon will offer a perspective on that, he told the audience at Dublin Castle.

He said that public spending has increased by €1.8 billion next year for keeping up with demographics, paying public servants and full-year effects of decisions.

"So let's start from the point that there is €1.8 billion already committed to increasing spending next year," Mr Donohoe said.

He said that between now and 2021 we are going to increase capital spending by almost 28%.

"With no change we are looking at increases in capital of  €600-800m a year. We could be doing this across a period in which our labour market reaches full employment," the minister stated.