Nestle has said it plans to buy back as much as 20 billion Swiss francs ($20.8 billion) worth of shares over three years.

The news comes just days after US activist shareholder Third Point began a campaign to boost performance at the Swiss company.

The New York-based hedge fund, controlled by billionaire investor Daniel Loeb, disclosed a $3.5 billion stake in the company over the weekend when it started pushing for Nestle to more aggressively boost performance and buy back shares.

Nestle, maker of Gerber baby food and Perrier water, said its announcement was the result of a review of its priorities that had begun in early 2017.

It did not mention Third Point in its statement, and Third Point declined to comment on the announcement.

Such buyback plans take time to get approved, making it clear that Nestle had finalised the plan before Third Point made its position public.

It could not be known, however, whether feedback that Loeb might have given Nestle in a meeting earlier this month was taken into consideration when crafting the final buyback plan, which will start on July 4.

Still, the timing of the announcement suggests that pressure brought to bear by the activist investor, who has taken on giants including Yahoo and Sony Corp, may have played a role.

The volume of monthly share buybacks will depend on market conditions but will probably occur mostly in 2019 and 2020, so Nestle can consider acquisitions before then, it said.

The company now expects to increase its level of debt to about 1.5 times earnings before interest, taxes, depreciation and amortisation (EBITDA) by 2020. That would be up from about 0.8 times last year.

Nestle said it will focus any capital spending on high-growth food and beverage categories including coffee, pet care, infant nutrition and bottled water, as well as growth opportunities in consumer healthcare.

The company has already made a series of investments in health-related businesses, and its appointment of CEO Mark Schneider, a healthcare industry veteran, suggests it will push further on the boundaries between nutrition and health.

Nestle said this month's announcement that it may sell its US confectionery business was consistent with that approach. 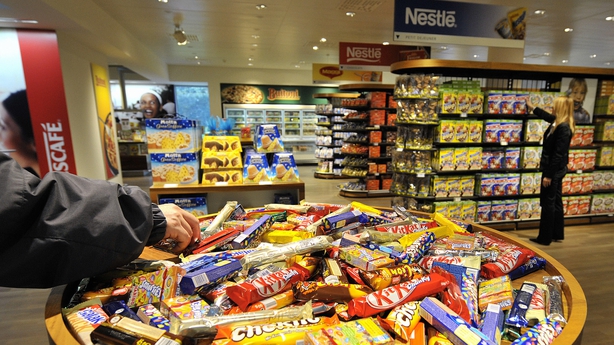 "The company will continue to adjust its portfolio in line with its strategy and growth objectives," Nestle said.

Billions of dollars worth of assets are up for grabs as the global packaged food industry adapts to slowing growth. For example, Unilever is selling its margarine and spreads business and Reckitt Benckiser is selling its mustard business.

The pressure placed on the world's largest food group, Europe's most valuable company, shatters perceptions that the Swiss giant with over 2,000 brands is too big to shake up.

CEO Schneider, who had met Loeb this month, seemed to hint at that last week when he told a conference in Berlin: "Size alone does not protect you from the winds of change."

Coupled with a shock $143 billion takeover bid from Kraft Heinz for Unilever in February, it shows the impatience of some investors about how multinationals are adapting.

Loeb has argued that even though Nestle has exposure to promising categories such as coffee and pet food, its shares have underperformed rivals in recent years as it has "remained stuck in its old ways".

"It is rare to find a business of Nestle's quality with so many avenues for improvement," Loeb said in the letter to the fund's investors.

Nestle should set a target for margin growth to improve productivity, double its leverage to fund share buybacks, shed non-core assets and sell the 23% stake it owns in French cosmetics group L'Oreal, he said.

Whereas Unilever and Danone have recently set margin targets for 2020, Nestle has not.

It has announced a productivity programme to save 1.8 billion Swiss francs by 2020, but has not yet said how much of that would fall to the bottom line.

Analysts have said that Schneider, who will lay out his strategy at an investor event in September, had already seemed more open to listening to the concerns of longtime shareholders, many of which were echoed by Third Point.