Barclays and four former top executives have been criminally charged over undisclosed payments to Qatari investors during a £12 billion emergency fundraising in 2008.

The UK Serious Fraud Office said it was charging Barclays with conspiracy to commit fraud and unlawful financial assistance.

This makes it the first bank to face criminal charges over actions taken during the financial crisis.

Barclays said it was considering its position and awaiting further information about the charges, which follow a five-year SFO inquiry into how it avoided the fate of Lloyds and RBS by staving off a state bailout.

That loan, paid to Qatar in November 2008, could have broken the law if the SFO can show it was connected with the Qatari payments to Barclays. Public companies are normally prohibited in the UK from lending money for the purchase of their own shares, a process known as financial assistance.

A lawyer for Mr Jenkins said he would "vigorously defend" himself against the charges, adding his client had received both internal and external legal advice at the time.

Mr Boath said he had no case to answer as he had repeatedly raised concerns about decisions taken by the bank at the time with both senior management and senior lawyers and had been reassured the decisions were lawful.

"The SFO's decision to charge me is based on a false understanding of my role and the facts. I was not a decision-maker and had no control over what the bank did in 2008," he said in a statement.

"The evidence I have supplied is very clear: there is no case for me to answer."

The men are the most senior bankers to be charged in Britain for alleged crimes during the financial crisis and face jail sentences of up to ten years if found guilty.

Barclays, the first bank to be prosecuted since David Green took over as head of the SFO in 2012, could be fined.

There was no allegation of wrongdoing against Qatar, which is a major investor in Britain.

Mr Varley and Mr Jenkins have also been charged with conspiracy to commit fraud by false representation in relation to the second capital raising in October 2008. 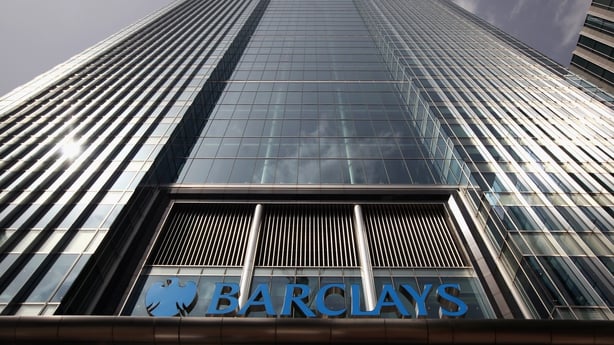 The SFO's investigation centred on commercial agreements between Barclays and Qatari investors during two emergency fund raisings in June and October at the height of the credit crisis.

The criminal charge is a reputational blow to Barclays, which is grappling with a string of other legal problems.

In a separate case, it is contesting a $1 billion civil lawsuit from businesswoman Amanda Staveley, who arranged an investment in Barclays from Abu Dhabi investors during the financial crisis.

In 2013 the Financial Conduct Authority proposed a £50m fine over how Barclays made disclosures about its dealings with Qatar in an investigation that has been on hold pending the outcome of the SFO's probe.

"We are pleased that this matter, which led to the stay of our own case, is now in the public domain. We welcome a fair and transparent hearing on the basis of the charges set out today by the SFO," it said in a statement.

Authorities have examined whether payments from Barclays to Qatar at the same time, such as around £322m in "advisory services agreements" (ASA), alongside a multi-billion dollar loan, were honest and properly disclosed.

Qatar, meanwhile, has made a healthy profit from its investment and remains Barclays' biggest shareholder, with a stake of around 6%, according to Thomson Reuters data.

The Gulf state has not been accused of wrongdoing.