Advisors on the flotation of AIB say they have already received sufficient orders to sell more than 25% of the bank at a price of €3.90 or higher.

Today is the first day that brokers have been marketing shares in the bank to investors.

The advisors, called bookrunners, said the initial public offering and been fully subscribed including the option of the State selling extra shares.

This is an early indication of strong demand for the shares.

The advisors will continue to market the share over the coming ten days to attempt to secure a higher price for the shares.

The Government yesterday announced the price range for the shares would be between €3.90 and €4.90.

Less than 0.1% of AIB's shares are already listed and those shares were almost 14% lower in Dublin this evening, having fallen by as much as 30% early today.

Finance Minister Michael Noonan and analysts had warned in recent months that AIB shares had been trading at artificially high prices and that they would fall.

AIB said yesterday that it plans to raise up to €3.3 billion when it sells a 25% stake on the Dublin and London stock markets in the biggest test yet of investor appetite for Irish banks.

The initial public offering (IPO) is set to be one of Europe's largest bank listings since the 2008 financial crisis and the proceeds could extend to €3.8 billion if the over-allotment option is exercised fully.

The Department of Finance said yesterday that the long-awaited stake sale remains on track despite the Conservative party losing its majority in Thursday's UK election.

Finance Minister Michael Noonan had previously said the price could be driven up if the party, which still won the most seats, secured a convincing majority.

"Market conditions remain favourable and I am encouraged by the strong level of interest shown by investors in the offering to date," Mr Noonan said in a statement yesterday evening.

AIB was rescued with a €21 billion taxpayer bailout that began in early 2009 and has been considering cashing out some of its 99.9% stake since last year.

The bank returned to profit three years ago and has since cut its huge stock of impaired loans by more than two thirds become the first domestically owned lender to restart dividends since the financial crisis. 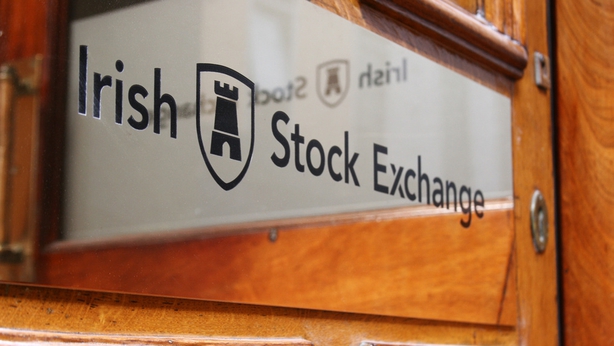 AIB will list its shares on the Irish and London stock exchanges and seek admission to the main markets of each.

The Government said the sale is expected to be one of the largest IPOs on the UK's main market in 20 years.

AIB is less exposed to Britain's departure from the European Union than bigger rival Bank of Ireland, having made only 14% of last year's pre-provision operating profit in the UK.

However, the IPO prospectus said that Brexit could result in an increase in the level of non-performing loans held by banks across Ireland, including AIB, while demand for new loans could decline.

The substantial stock of non-performing loans, mostly extended for house purchases just before the bursting of Ireland's property bubble in 2008, amounts to 17.5% of total lending.

AIB's impaired loans stood at €9.1 billion at December 2016, giving a 14% ratio of gross loans. In the first quarter of this year that was reduced to €8.6 billion.

AIB's book building process officially began today and retail investor will have up until next Tuesday to submit orders.

The IPO's final pricing will be confirmed next Friday and full unconditional trading will begin on Tuesday June 27.

Bank of America Merrill Lynch, Davy and Deutsche Bank are global coordinators for the AIB offering.