The chief executive of AIB has said the impending listing of part of the State's stake in the bank puts in place the final steps enabling the taxpayer to recover its investment in the bank.

Minister for Finance Michael Noonan announced his intention last night to float a 25% stake in AIB.

It marks the start of what is expected to be a four-week process that will eventually see the shares listed on the Dublin and London stock markets.

In a statement, AIB's chief executive Bernard Byrne acknowledged the very material support the bank had received from the taxpayer.

"While significant capital has been returned to date, this share listing and sale is very important as it puts in place the final mechanism that will enable the State to continue to recover its investment," the CEO said.

AIB returned to profit three years ago, has cut its huge stock of impaired loans by more than two-thirds since then and this year became the first Irish-owned lender to restart dividends since the crash.

"The strong progress made by AIB and current market conditions mean that now is the right time to commence this process," Finance Minister Michael Noonan said in a statement announcing its intention to float.

The "decision is a significant step in the continued normalisation of the state's involvement in Ireland's banking system," he added.

AIB will list its shares on the Irish and London Stock Exchange and seek admission to the main markets of each.

The Government said the sale was expected to be one of the UK's largest main market IPOs of the last 20 years.

AIB management have said they have received "huge interest in the Irish story" from investors in recent months, pitching the bank as a rare stock market play focused almost exclusively on the European Union's fastest growing economy.

AIB is less exposed to Britain's exit from the EU than its main rival Bank of Ireland, and made just 14% of its pre-provision operating profit in the UK last year.

It is also the largest provider of mortgages in the fast-recovering Irish market, with a 36% share of the market by drawdowns.

However investors may be wary of a chronic lack of housing supply that could hold the market back.

The prospectus and price range for the sale are expected to be published in mid-June, the Government said.

It is estimated that it could be up to a decade before the bank is fully back in private hands.

The sale will represent the Government's biggest test of investor appetite for its banks. In 2015, it made €400m by refloating a quarter of the far smaller Permanent TSB on the stock market.

After a 2008 property collapse, the Government pumped €64 billion into the country's banks, the most expensive rescue in the euro zone at almost 40% of annual economic output.

It expects to turn a profit on the half given to the three surviving banks.

The Government will use the funds to cut around 1.5% from a national debt that at €200 billion is still among the highest in the euro zone by most measures, resisting opposition party calls to spend the proceeds on infrastructure projects.

It added some additional protection last month when it issued a warrant allowing it to subscribe for as much as 9.99% of the bank's stock if the share price doubles 10 years after the flotation. 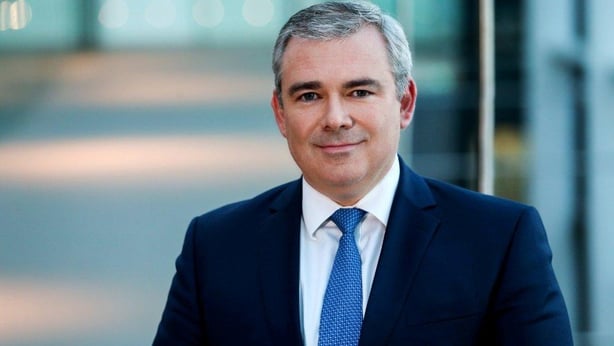 The chief executive of AIB said today that the State should be within "touching distance" of recovering the entirety of its €21 billion investment in the bank.

Mr Byrne said the stake was likely to be sold to a wide variety of institutions, most of which would be 'long only' funds.

"They take a long term perspective. They'd be interested in dividend flow as a proxy for the Irish economy. I don't think it'll be a single holding," he said.

He would not be drawn on the likely price range for the initial public offering.

"We have no view on share pricing. The marketing process will allow the government to determine where the range sits. The only valuation is the €11.3 billion by the NTMA in February. That's the last formal valuation for the institution."

Mr Byrne also said he was not concerned about the increasingly uncertain outcome of the UK general election. 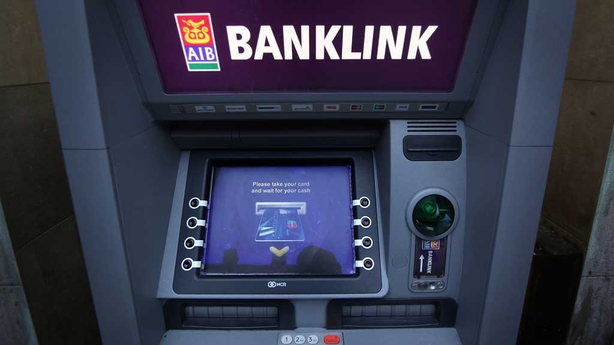 Meanwhile, Sinn Féin's Finance spokesperson Pearse Doherty, said the Department of Finance has not provided any real rationale for selling shares in AIB as outlined by Minister Noonan.

Speaking on RTÉ's Morning Ireland, Mr Doherty said the Government was planning to hand over an extremely profitable bank to foreign investors with very little debate on whether it is the right thing to do.

The Financial Services Union has expressed its disappointment that the Government has decided to proceed with the sale of part of its shareholding in AIB.

"The recent Dáil motion provided the Government with an opportunity to reflect on the long-term future of the bank and the use of the proceeds of the sale," the union said in a statement.

"There is merit in such an approach. There is no requirement for an imminent sale of part of the State’s shareholding," it added.

The FSU said, however, now that the process has begun, it will continue to work with AIB and the Government to protect the interests of staff and customers as this important time for the bank.

"AIB staff have made an enormous contribution to the turn around in the fortunes of bank.  They have endured deferred salary increases, longer working time and changes to pension arrangements," the union stated.

"FSU is adamant that this remarkable contribution by staff has to be acknowledged into the future in forthright discussions on pay, terms and conditions and pension arrangements. We will be taking these issues up with the bank and the incoming Minister of Finance in the coming weeks," it added.